The Many Costumes of Wonder Woman 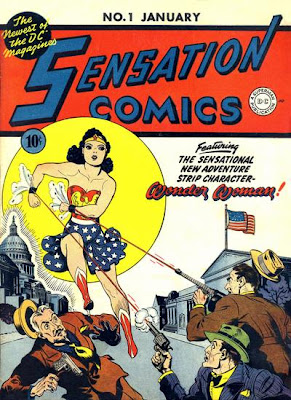 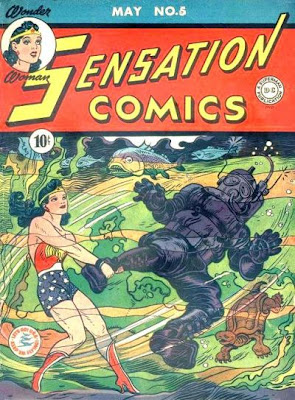 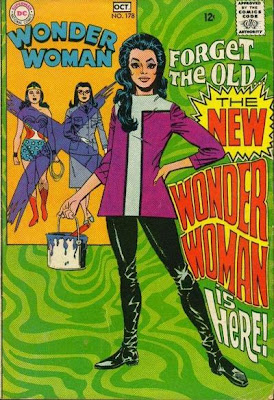 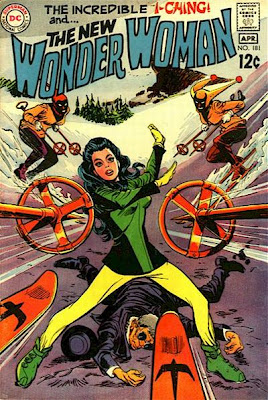 She has a different outfit nearly every issue, such as this stylish ensemble from Wonder Woman #181 (1969) 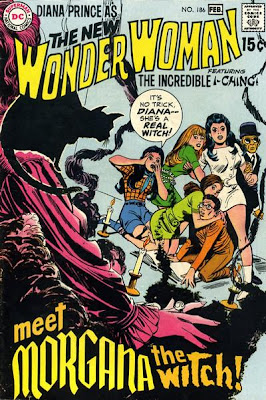 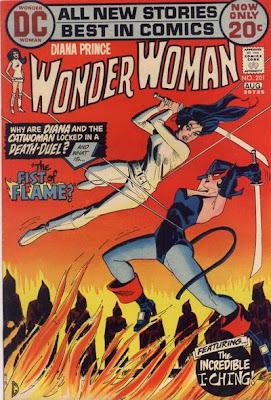 The white outfit saw many variations, such as this stylish fighting ensemble in Wonder Woman #201 (1972) 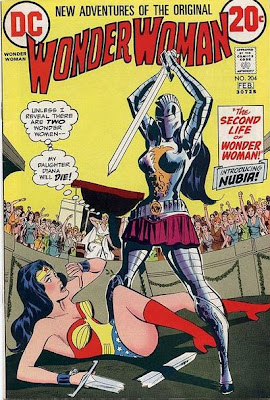 But then in Wonder Woman #204 (1973) she was back to the classic outfit with shorts (although by this point the shorts are noticeably shorter....) 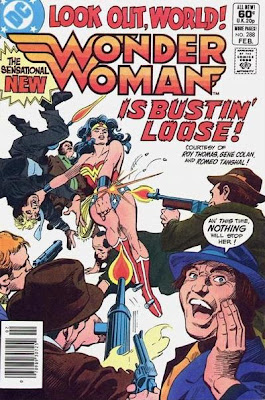 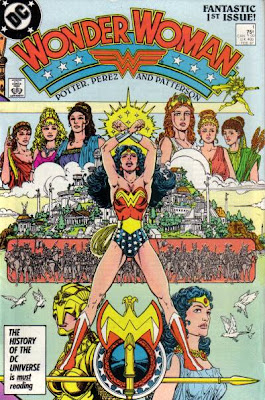 When George Perez rebooted Wonder Woman with a new #1 (1987) in the wake of Crisis, he kept her standard costume, though adding a good deal more hair. 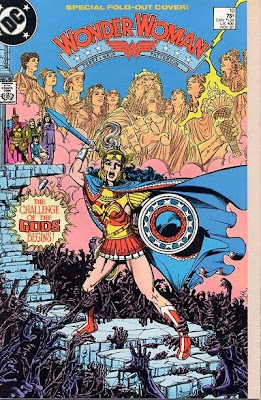 Though he also gave her a variety of specialized costumes, such as this warrior ensemble in Wonder Woman vol. 2 #10 (1987). 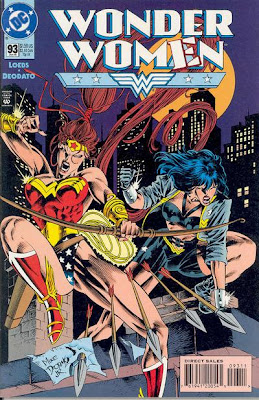 In Wonder Woman vol. 2 #93 (1995), the character Artimis became the 'official' Wonder Woman and inherited the now-classic WW costume, while Diana continued her super-hero career in a black outfit, complete with, yes, a jacket! 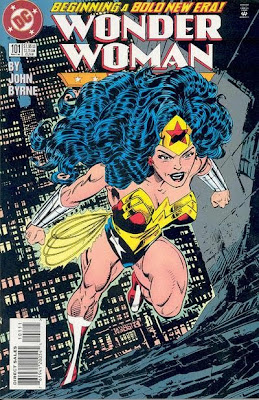 John Byrne took over the title with Wonder Woman vol. 2 #101 (1995) and returned Diana to the WW costume, with a few variations. 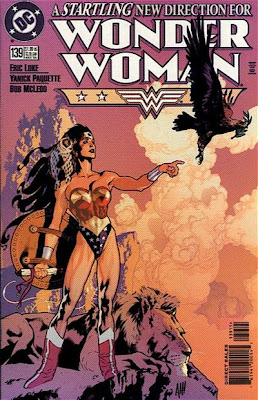 The shorts would continue to get shorter over the years. By the time Wonder Woman vol. 2 #139 (1998) rolled around, she was for all purposes now fighting crime in a bathing suit. 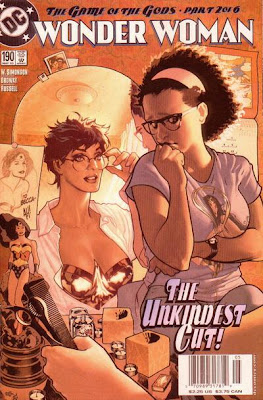 Although the length and volume of her hair varied over the years, Wonder Woman was always known for her long locks. But in Wonder Woman vol. 2 #190 (2003), she shockingly cut her hair super-short! (A change that would only last about 6 months—apparently Amazon hair grows much faster than normal human hair...)

With another relaunch in Wonder Woman vol. 3 #1 (2006), her costume returns to a version of the classic bird emblem, and her belt has morphed into the WW emblem. 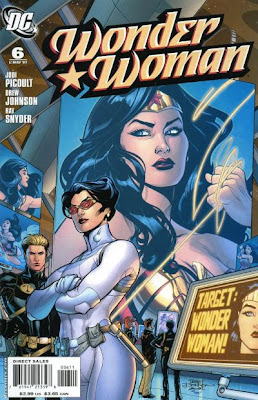 And now in 2010, Jim Lee has once again given Wonder Woman a new costume, with black pants and jacket. How long will this change last...?
Posted by Dave Carter at 9:00 AM

This wont last. I dont like the new costume much, but im guessing it isnt entirely j.lees fault