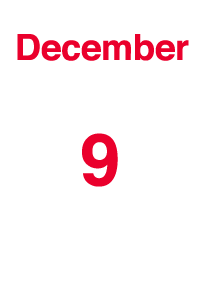 Roy Rogers meets Santa Claus along the trail on the cover of March of Comics #77.