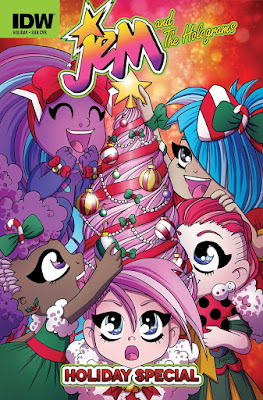 Jem and her bandmates have gone chibi for the holidays on the variant cover of the Jem and the Holograms 2015 Holiday Special by Agnes Garbowska.