Free Digital Comics from the US Goverment 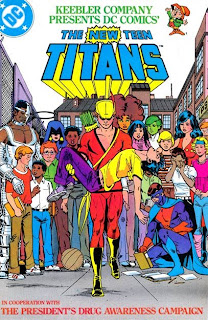 The library at the University of Nebraska-Lincoln has put up a Government Comics Collection. These are scanned copies (TIFF files in a PDF wrapper) of comics produced by the United States Federal Government. Some of the creators represented include Milton Caniff, Will Eisner, Scott Adams, Peter David, Al Capp, Walt Kelly, Charlz Schulz, Eduardo Barreto, Jose Luis Garcia-Lopez, Joe Orlando, Marv Wolfman, George Perez, and Dr. Seuss. There are 167 comics in all!
Posted by Dave Carter at 9:38 AM