My birthday gift to myself was this piece of original art, purchased off of the eBay: 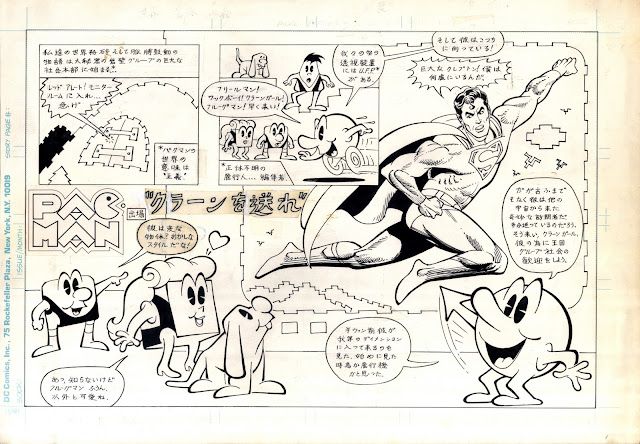 Yes, it's Superman & Pac-Man. Markings on the reverse indicate it was likely drawn by Ernie Colon, ca. 1982 for DC Comics. Yet it is lettered in Japanese, which would imply that it was done for the market in Japan. There are erased correction instructions in the margins, some in English and some in Japanese. I know nothing else about it; at some point I'll try to get the text translated which may give a clue as to its origin (or not...)

(Big thanks to Mike Sterling for pointing out the auction for this on his blog!)
Posted by Dave Carter at 1:02 PM

WAH! This is awesome. Please let me know when you get this translated.