Disney just sent out photos from The Avengers World Premiere. I've got nothing else to post, so let's take a look at some link bait: 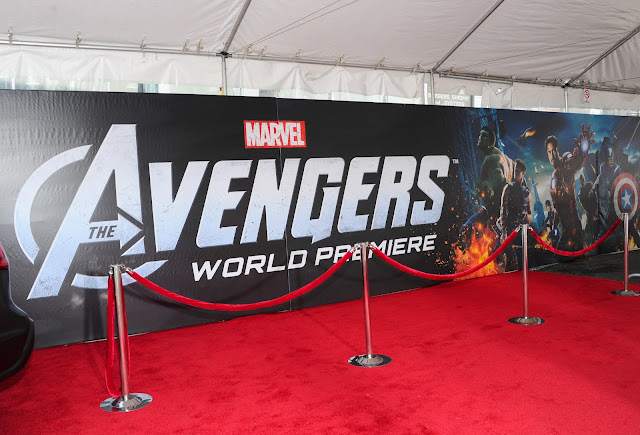 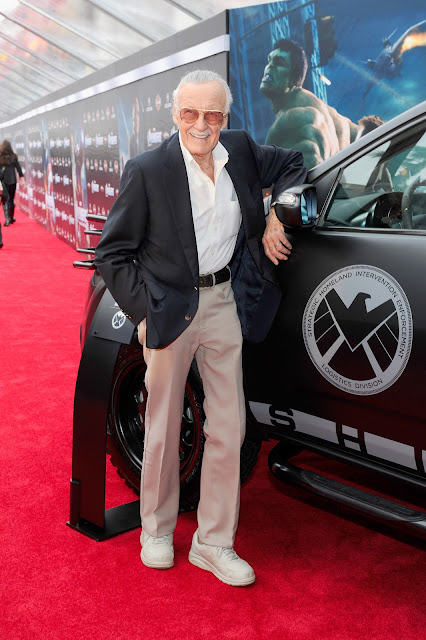 Stan Lee, posing with a SHIELD-mobile. 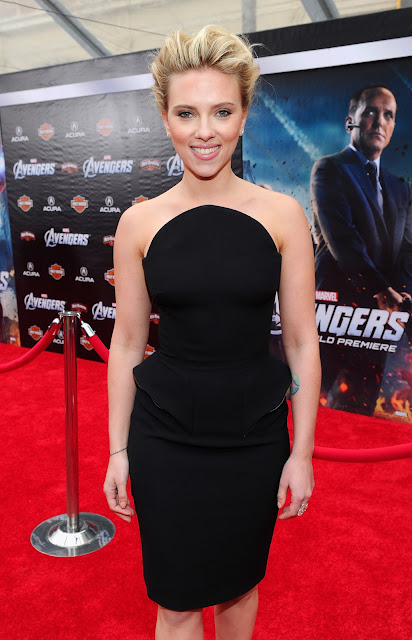 Scarlett Johansson, with a funky dress and funky hair. 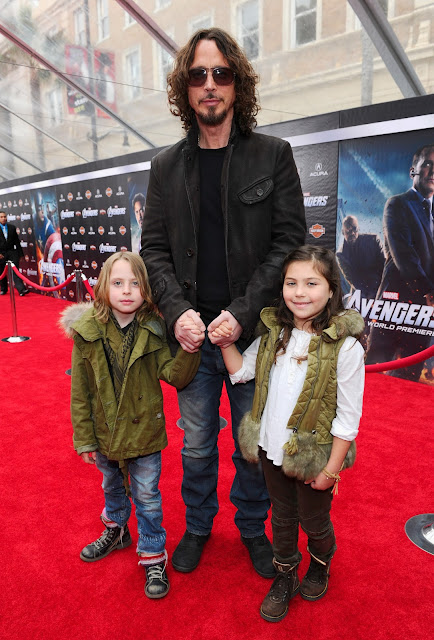 I don't know who this guy is. Is he in the movie? Doesn't matter; he brought his young daughter and her friend to the premiere of The Avengers, so he gets the award for Most Awesome Dad. 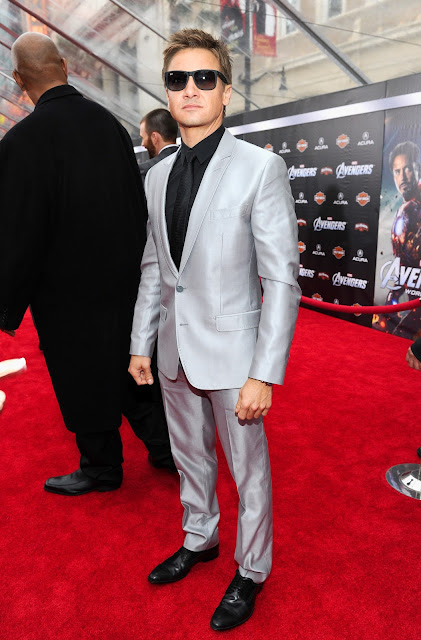 Jeremy Renner in an awesome silver suit that shouldn't work, yet it does.

Samuel L. Jackson wearing a dorky hat. Because he's Sam Effing Jackson and he can wear whatever dorky thing he wants and it can't detract from his coolness. 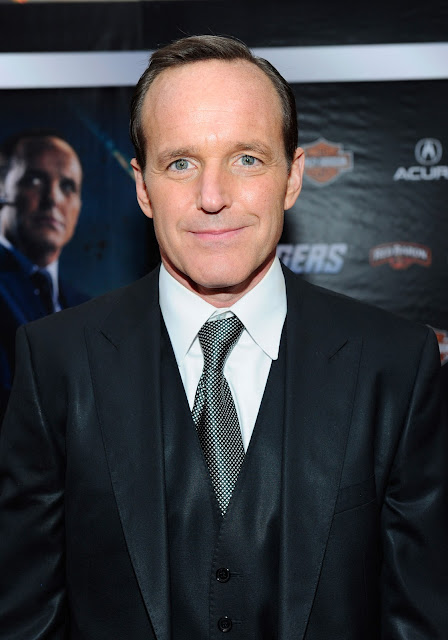 Clark Gregg, on the other hand, can wear whatever cool suit he wants and still come off as dorky. 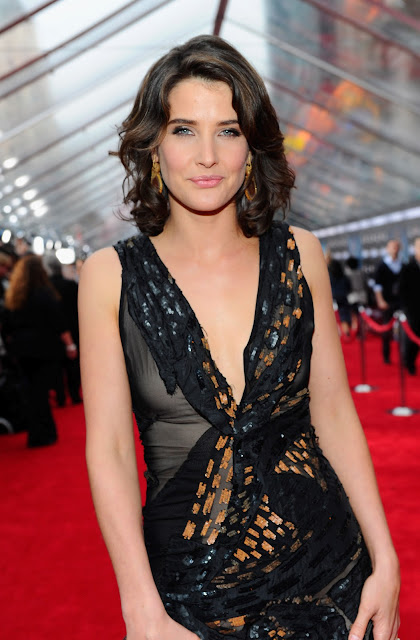 Hey, it's whatsername, from that show with Dr. Horrible . 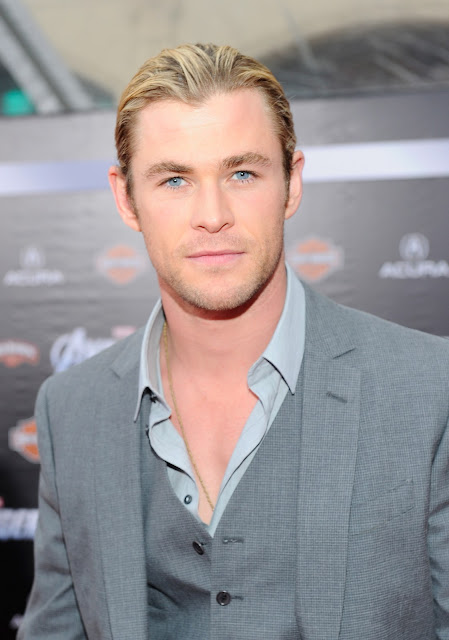 "Hello ladies. I'm Chris Hemsworth.  I have blonde hair and blue eyes and broad shoulders and unbutton my shirt just enough to show off my gold chain." 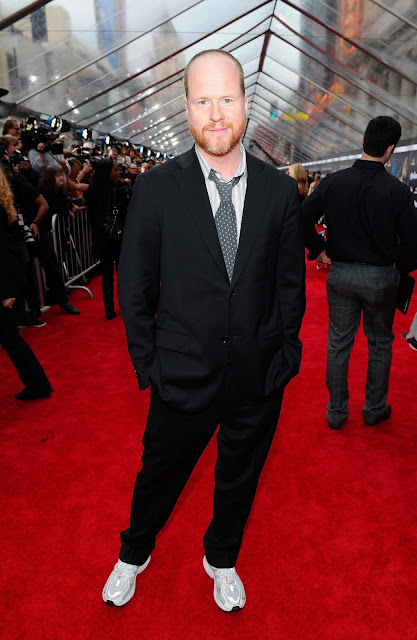 Joss, we know you're a genius, so shouldn't you know better than to wear white shoes with a black suit? 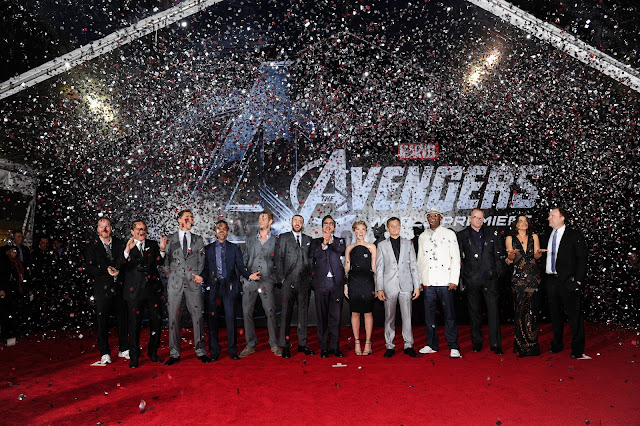 The assembled cast, being rained on by confetti. 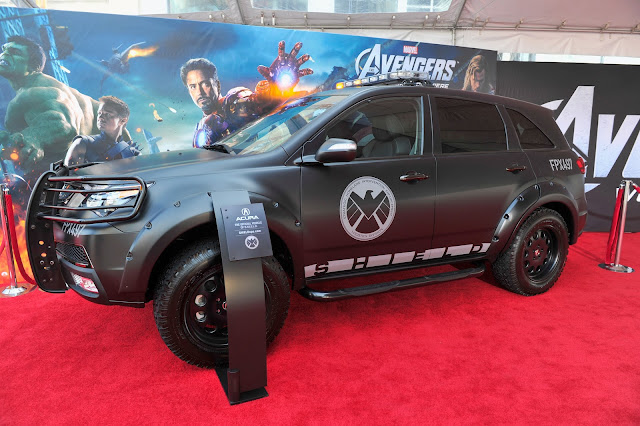 Where can I buy a SHIELD-mobile?
Posted by Dave Carter at 12:20 PM

Email ThisBlogThis!Share to TwitterShare to FacebookShare to Pinterest
Labels: marvel, movies, the avengers

Surprised Cobie Smulders was cast as Maria hill. Hope she doesnt come off as too comedic in this.

Pretty sure the guy that brought his daughters is 90's rocker Chris Cornell from Soundgarden and Audioslave. Soundgarden released a track for the movie which is available as a free download on iTunes at http://itunes.apple.com/us/album/live-to-rise-single/id516435279