Here's a table/chart showing the longevity of each of the titles in DC's New 52 and how long they've lasted: 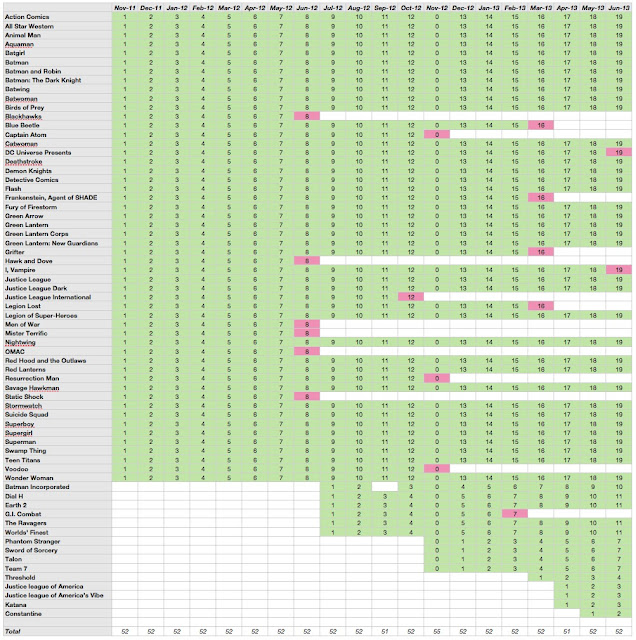 Number is the issue number published during that month (cover dates are given, not on-sale dates). They are grouped by 'wave.' You'll note in the totals that for most months they did indeed publish 52 comics as part of the DCnU, except for Sep 2012 when Batman Incorporated skipped a month due to thematic sensitivity due to the theater shootings; Nov 2012 during Zero Month when they published #0 issues for three cancelled series; and the upcoming Apr 2013, apparently because the new Constantine series won't be ready to launch in time.

Here's the same table/chart, but with Diamond North America sales figures (in thousands) in place of the issue numbers: 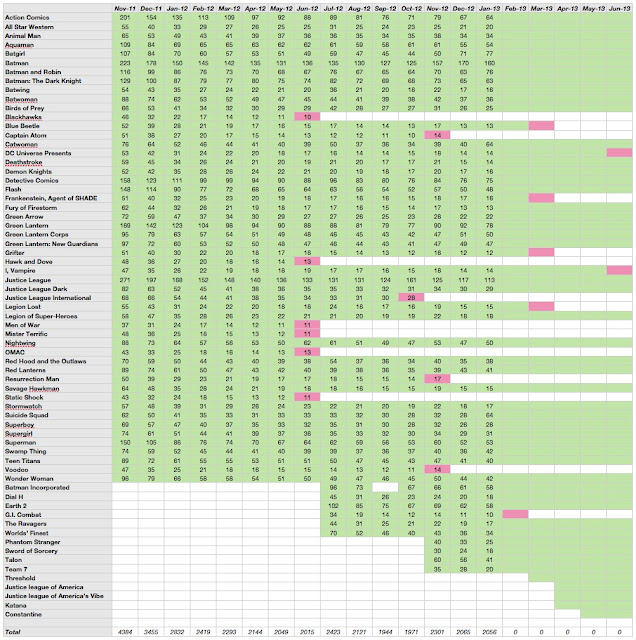 (Sales figures include re-order activity and additional printings and are adjusted for returnability as per the calculations over at The Beat.)
Posted by Dave Carter at 7:54 AM

That's really fascinating. I don't pay attention to a whole ton of DC, were a lot of the books that ended around 8 or so scheduled endings or were these all intended to be ongoing?

All of the New 52 titles were intended to be ongoing.