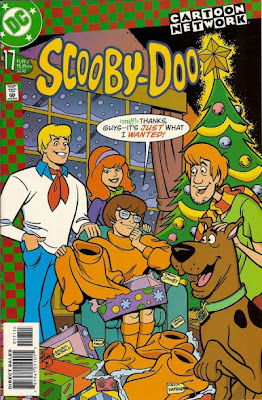 (Also see: Bully the Little Stuffed Bull's A Four Color Christmas)
(And: The 2013 Comics Should Be Good Advent Calendar)
Posted by Dave Carter at 7:04 AM