Last night was the premiere of Marvel's Guardians of the Galaxy in Hollywood. Disney sent along a bunch photos from the red carpet, so far be it from me to not share them with you! 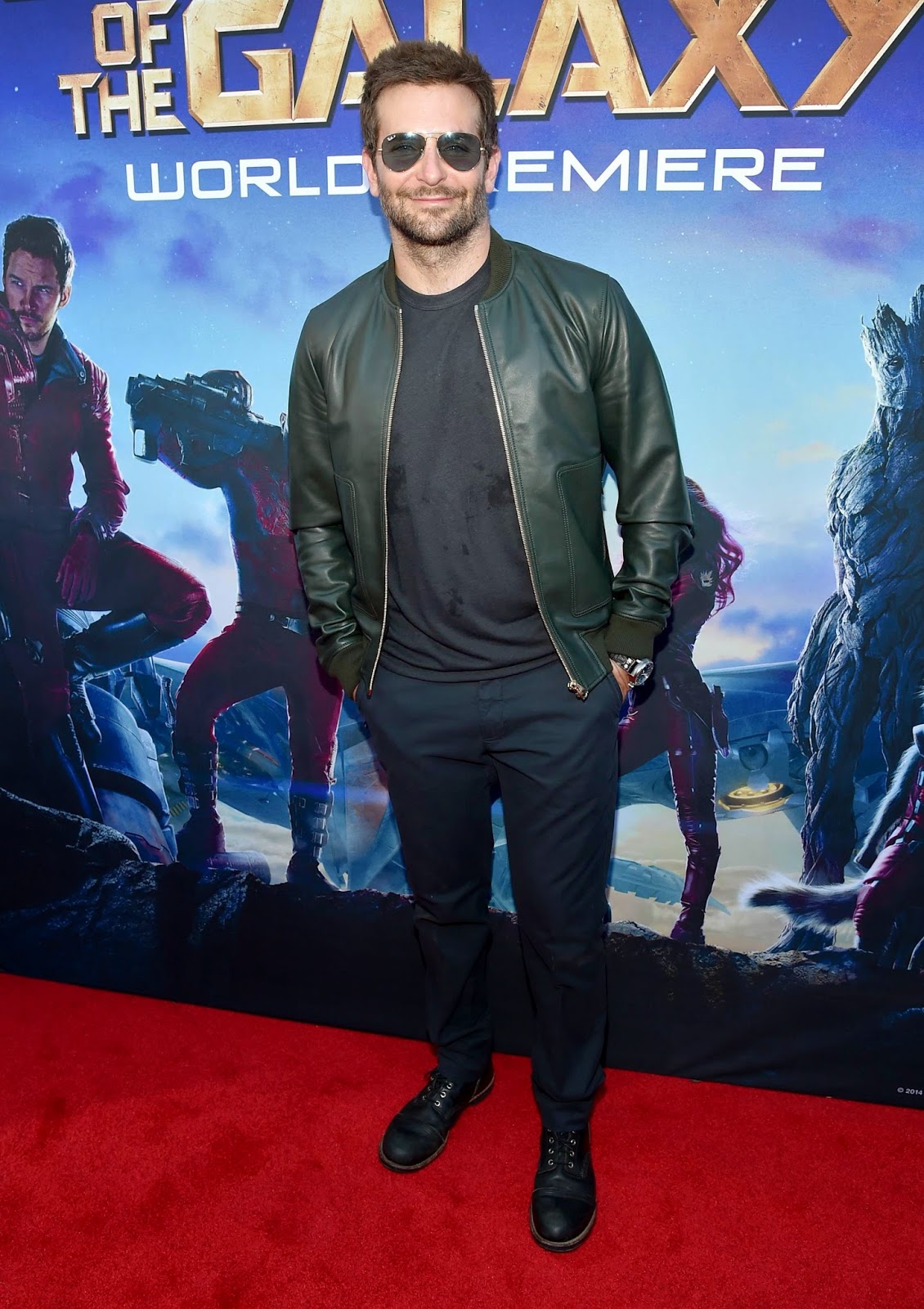 This is Bradley Cooper, who is the voice of Rocket in the movie. He is a movie star; you can tell he is a movie star because he is cool enough to show up to a movie premiere in a black leather jacket and unshaven. If you are a movie star you need not wear a tie if you don't want to. 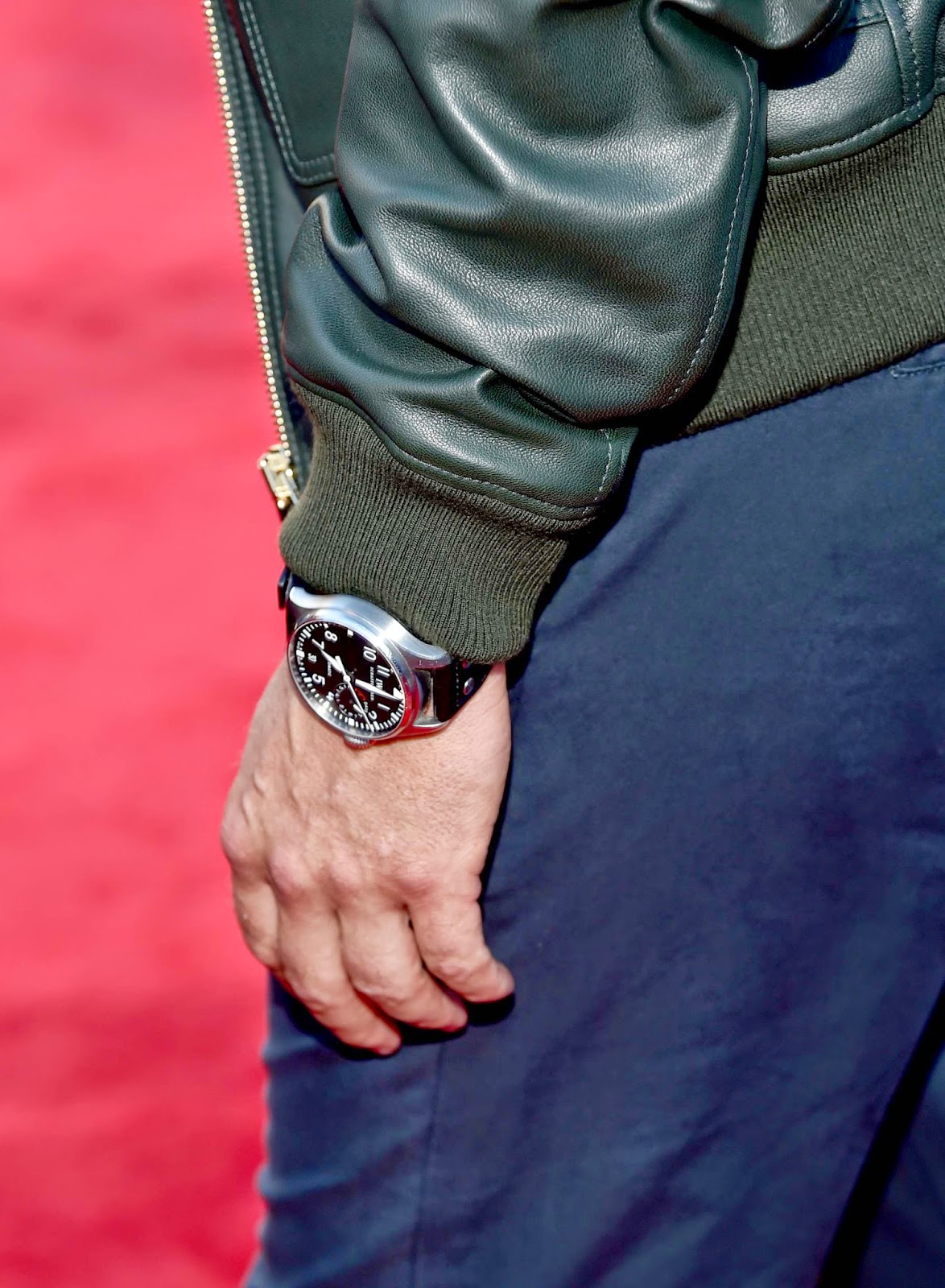 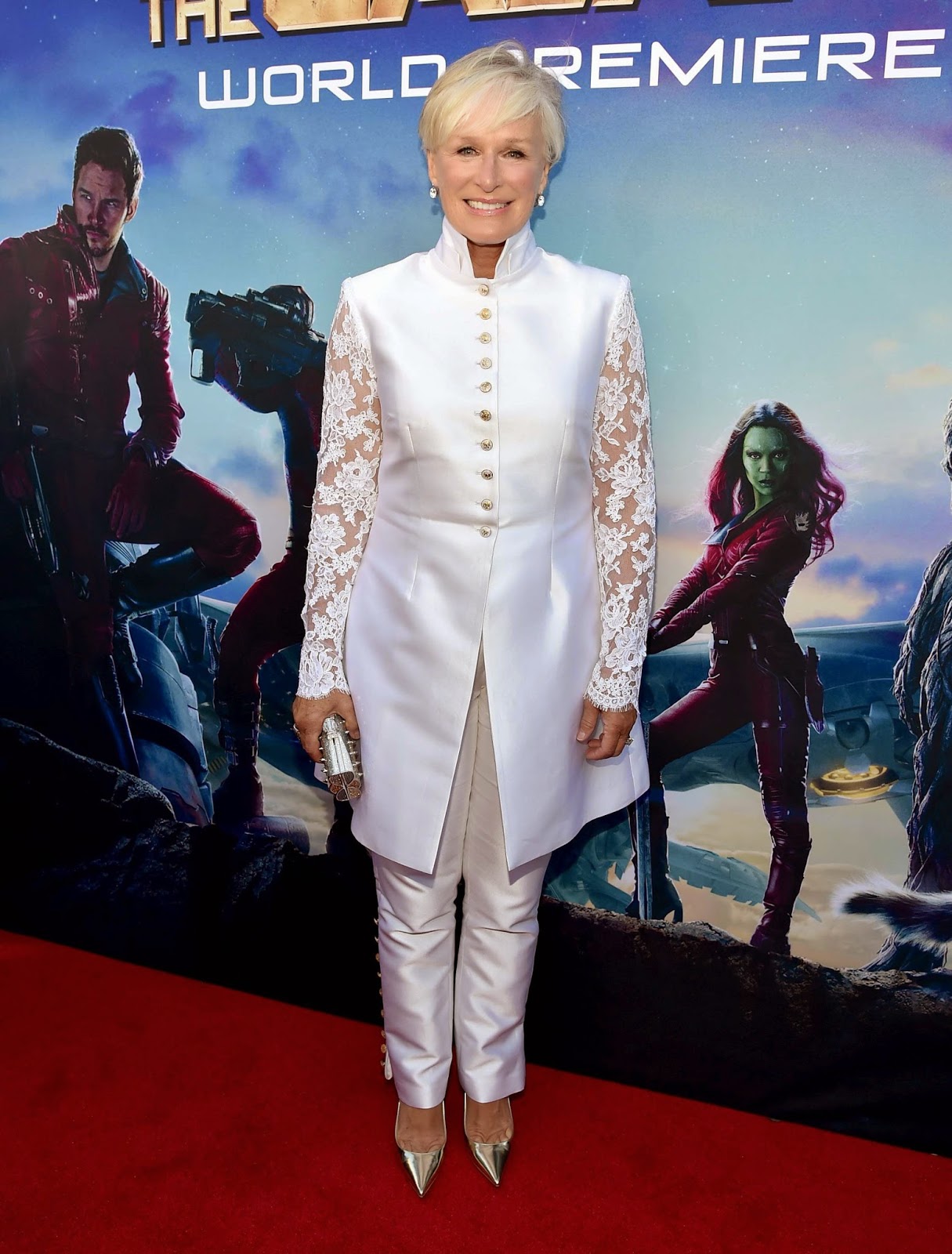 This is Glenn Close, a real movie star. She has Oscar nominations. She plays Nova Prime in this movie. Roll that around in your head: Glenn Close is Nova Prime. First Marvel got Robert Redford in Captain America, now Glenn Close in Guardians of the Galaxy. How does Marvel do it? 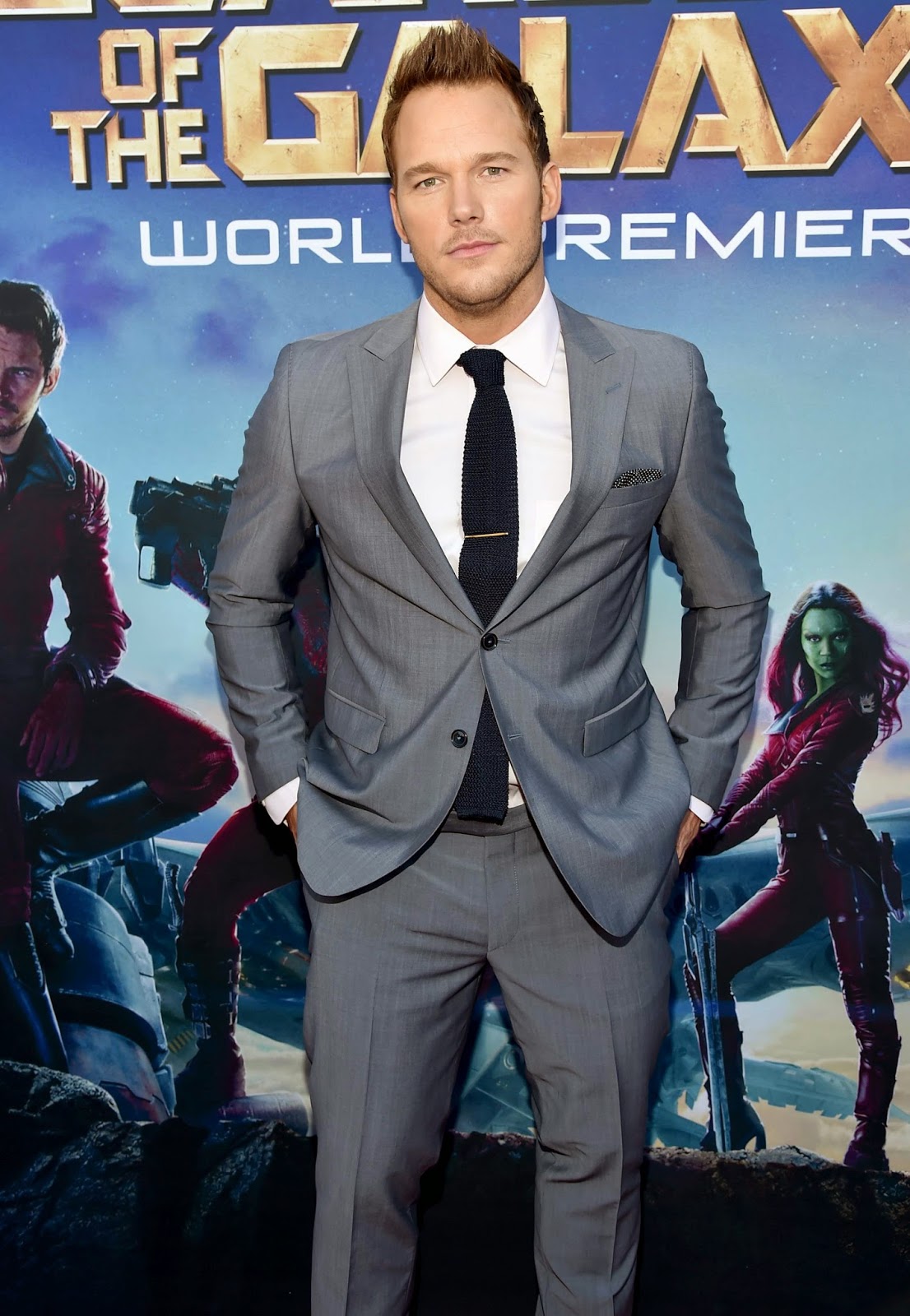 This is Chris Pratt, who is Star-Lord Peter Quill in the movie. Note that he is wearing a tie (his mother raised him properly). 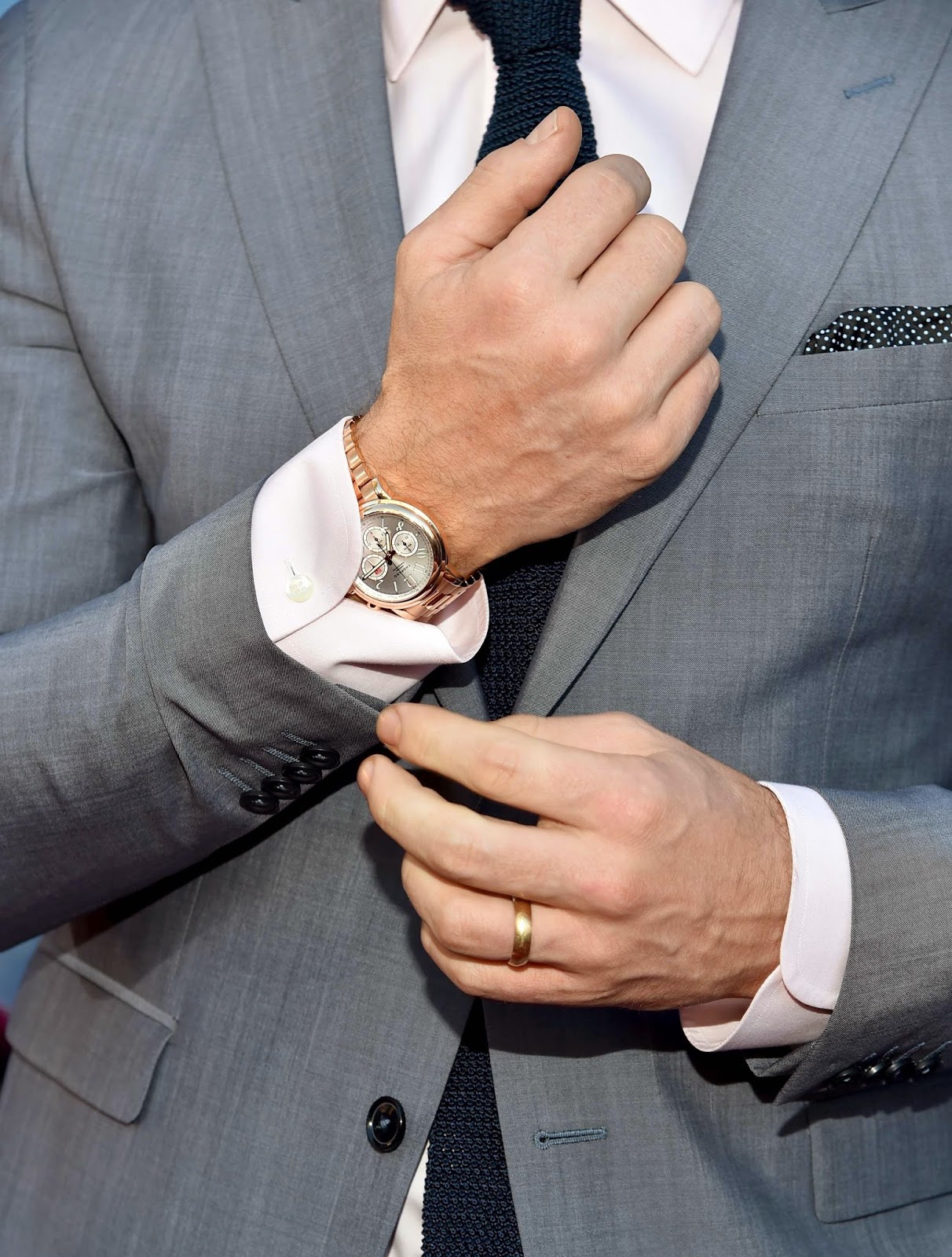 This is Chris Pratt's watch. Are men's watch pictures a thing now? 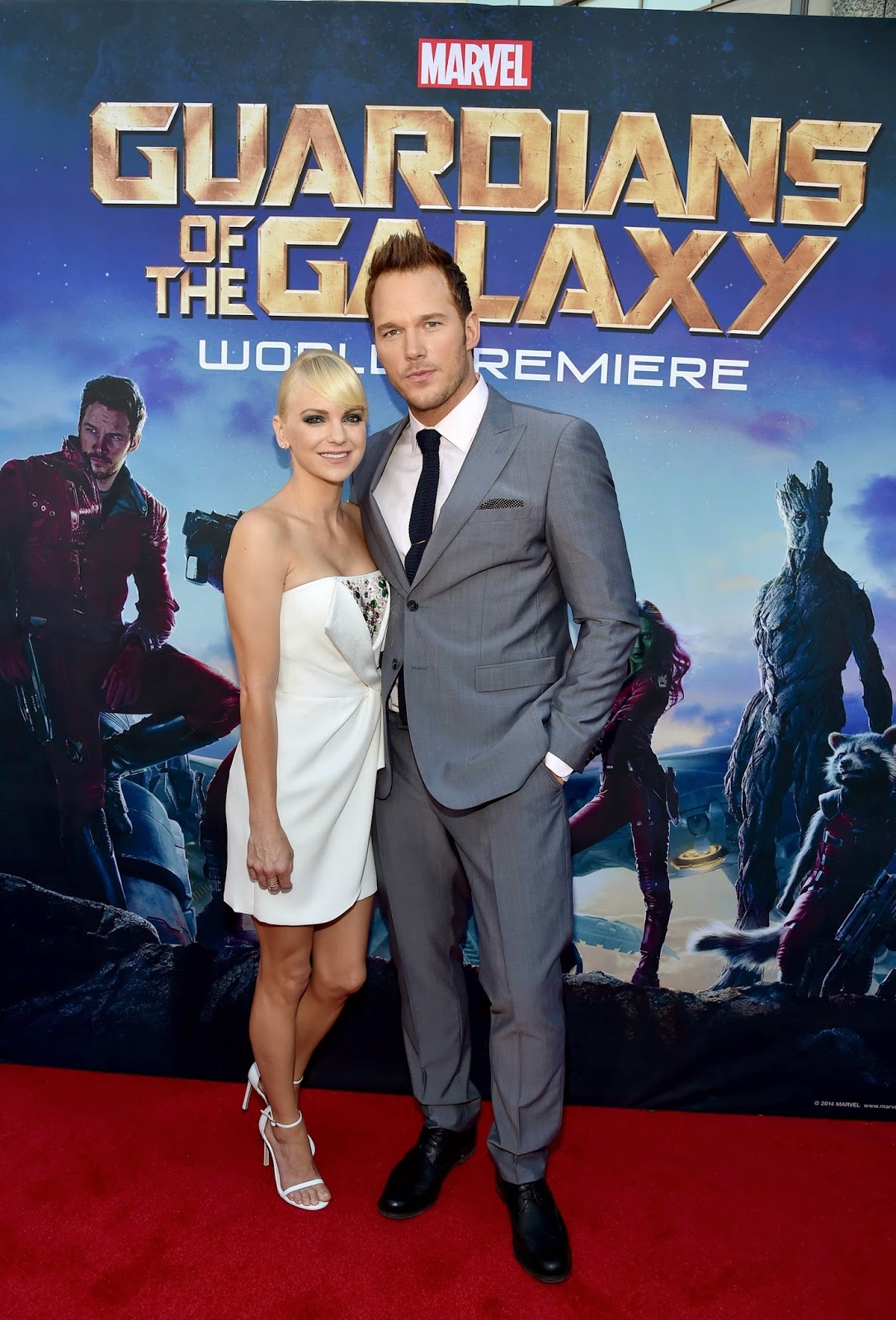 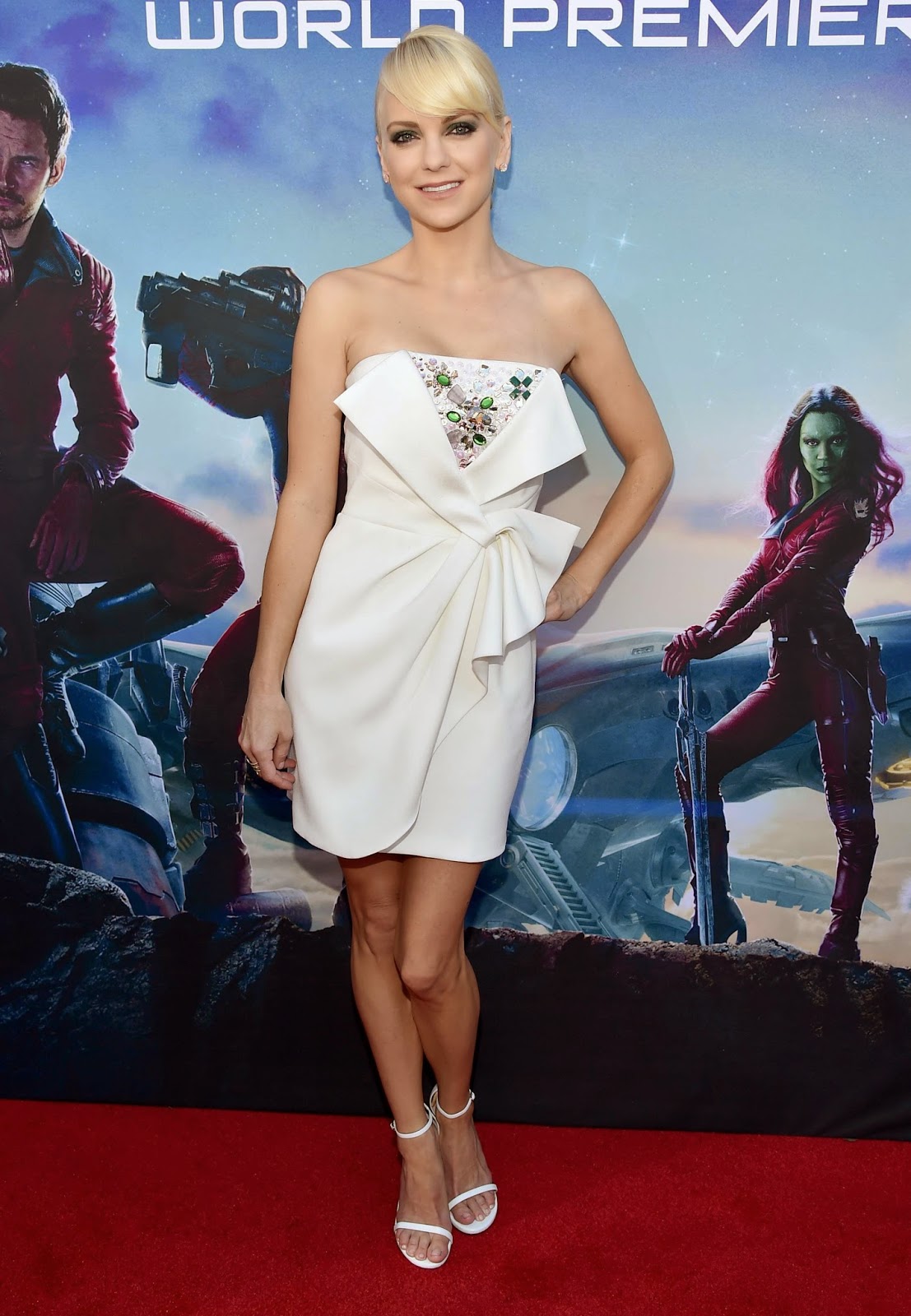 Here is Anna Faris alone. The photographer should have noticed that there's a gun growing out of her right shoulder... 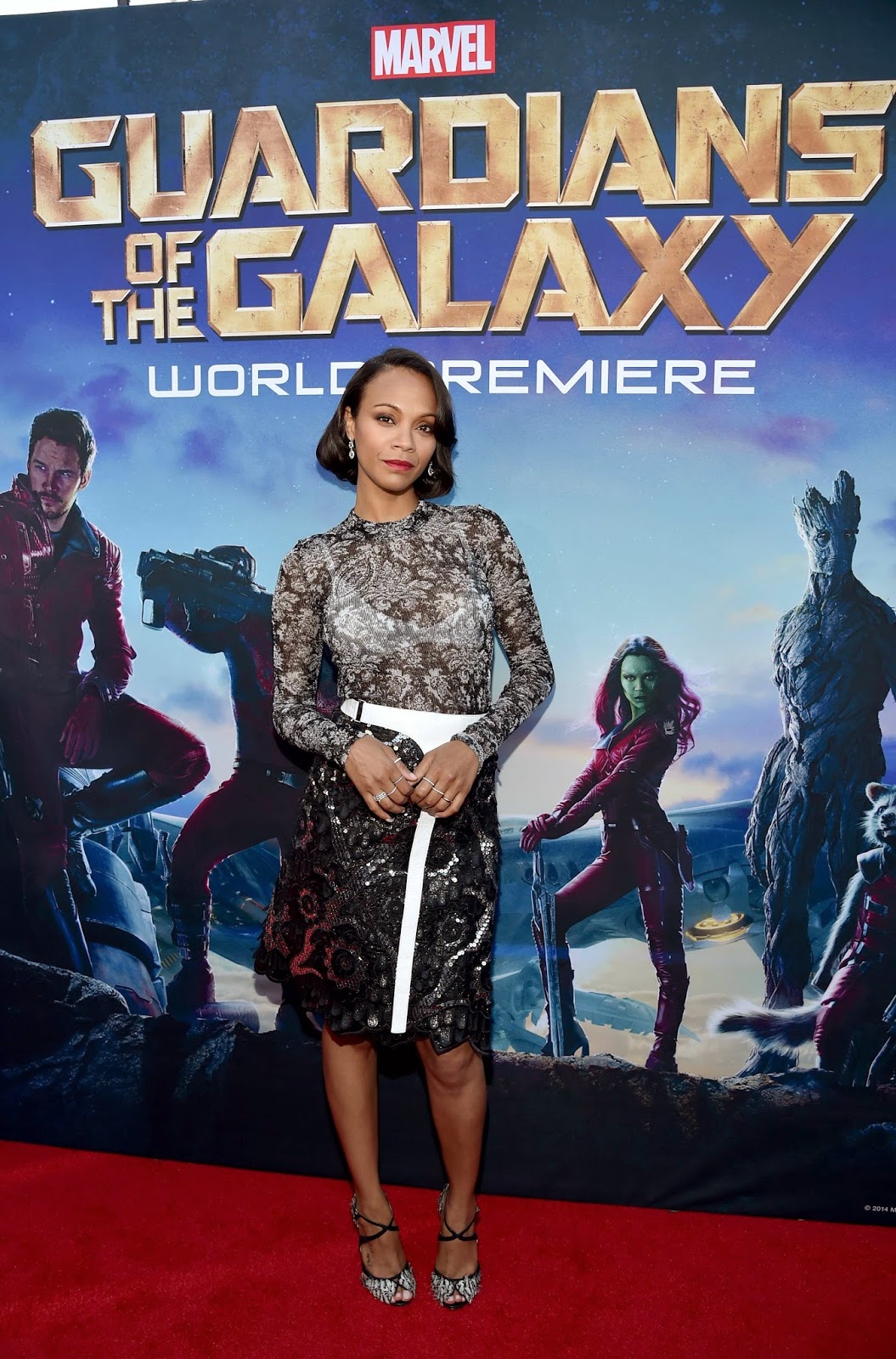 This is Zoe Saldana, who stars as Gamora. She is painted up green in the movie, and from the trailers it looks like she gets to kick plenty of butt. She was blue in Avatar. 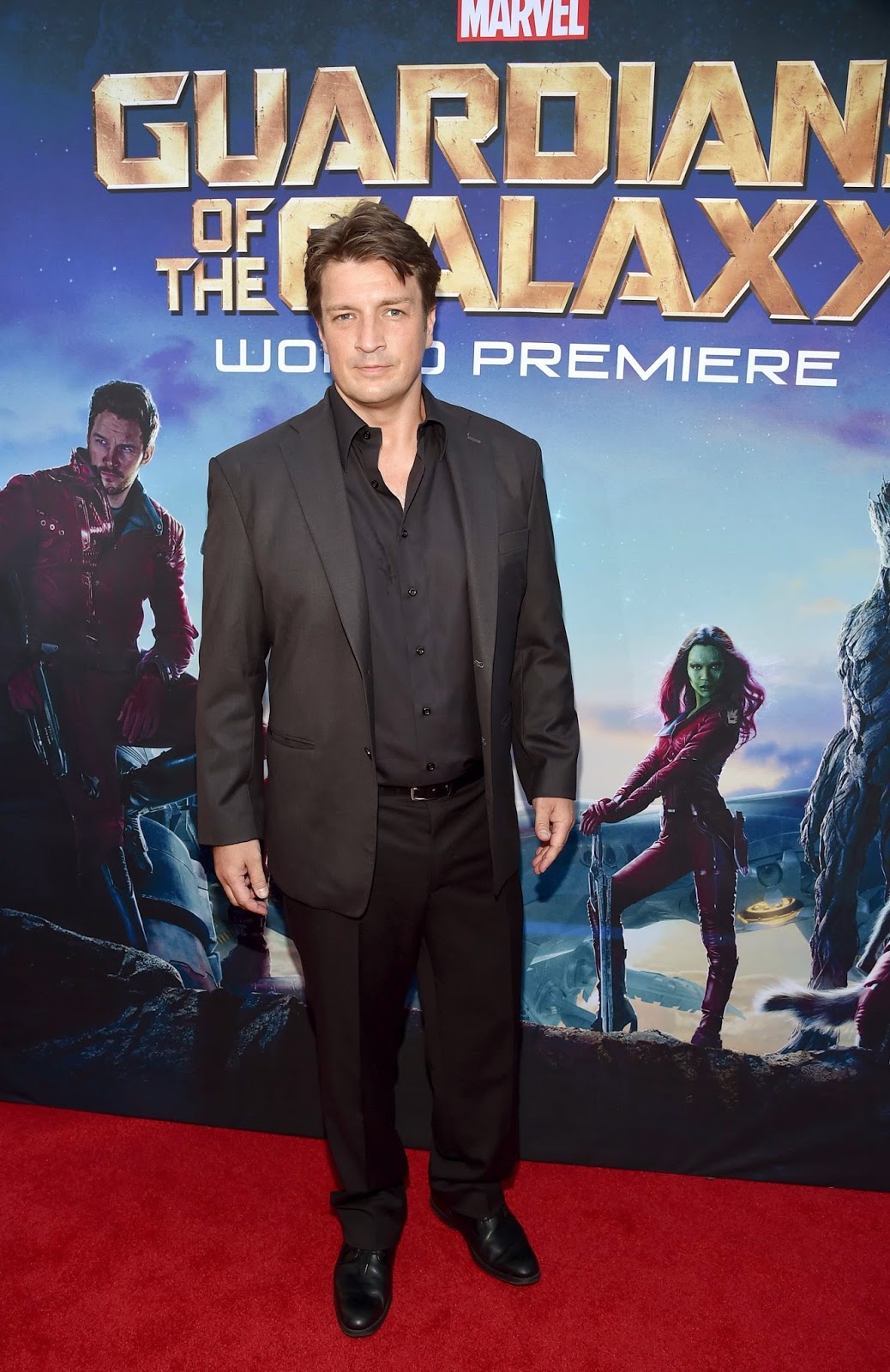 This is Nathan Fillion, who apparently has a cameo in the movie. He is not wearing a tie, but at least he has on a sport coat. This is Karen Gillen. She plays Nebula in the movie, a role for which she shaved her head bald (as you can see, her hair is growing back...) 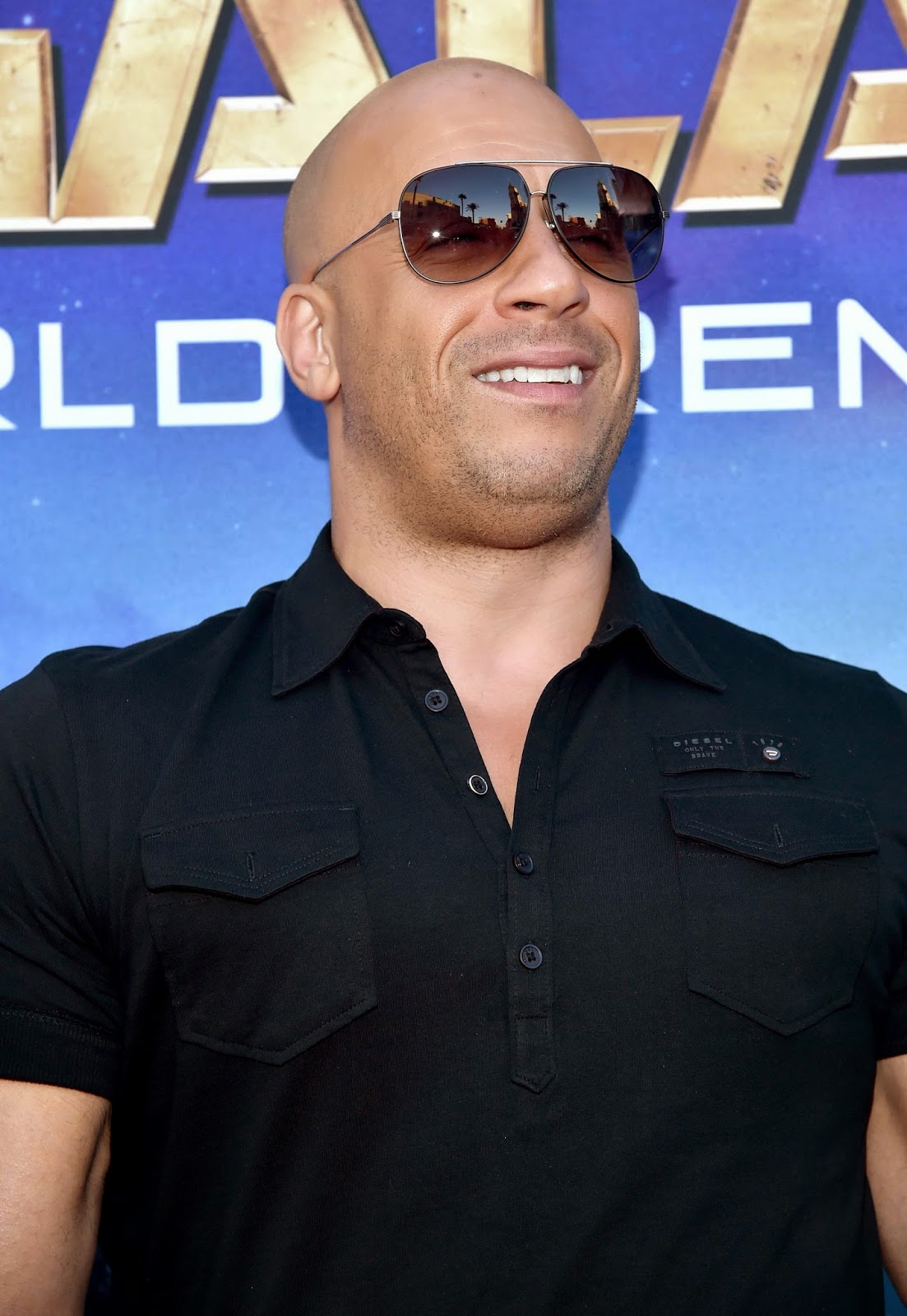 This is Vin Diesel, who voices Groot in the movie. Also not wearing a tie, but he could break me in two without breaking a sweat, so I'll let it slide. 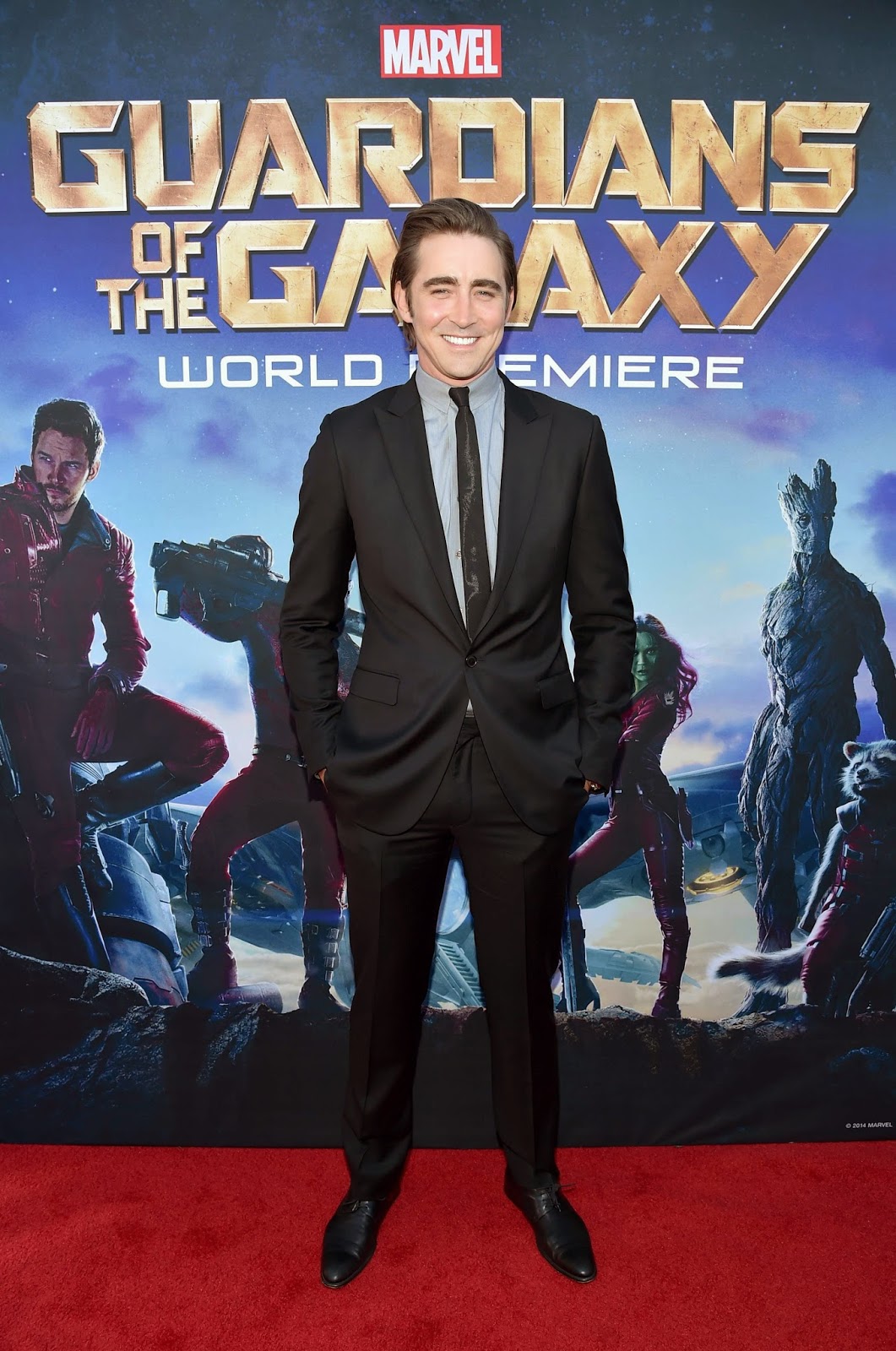 This is Lee Pace, who plays the main bad guy in the movie, Ronan the Accuser. He was one of the stars of Pushing Daisies, one of the best television shows ever. He is wearing a tie. 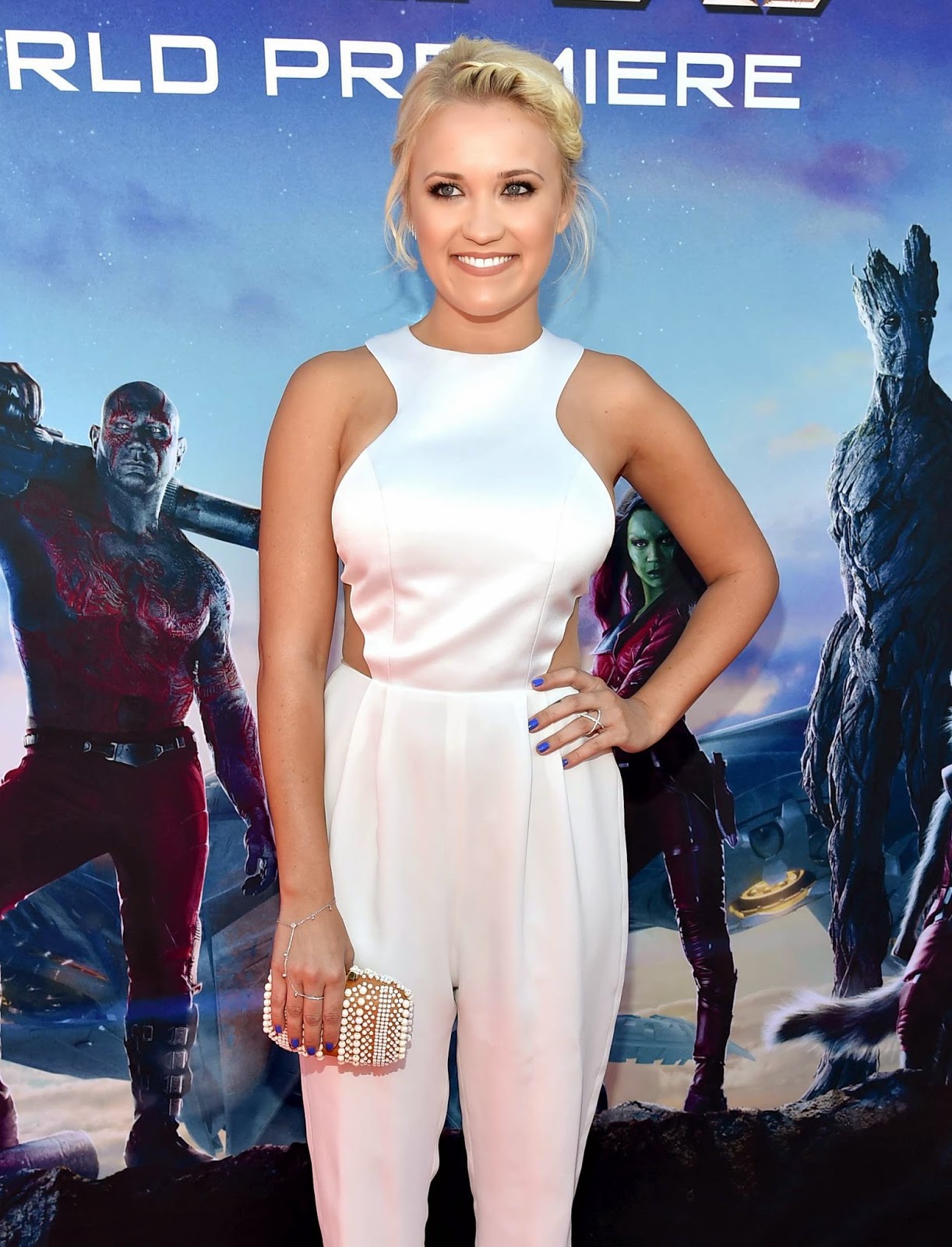 This is Emily Osment. She is not in the movie, but is the star of the new ABC Family sitcom Young & Hungry, and was on Hannah Montana for many years. Disney sent a lot of photos of people from the premiere who I don't think are in the movie, and who I don't recognize. They should send along a cheat sheet with the photos for those of us who are celebrity challenged. 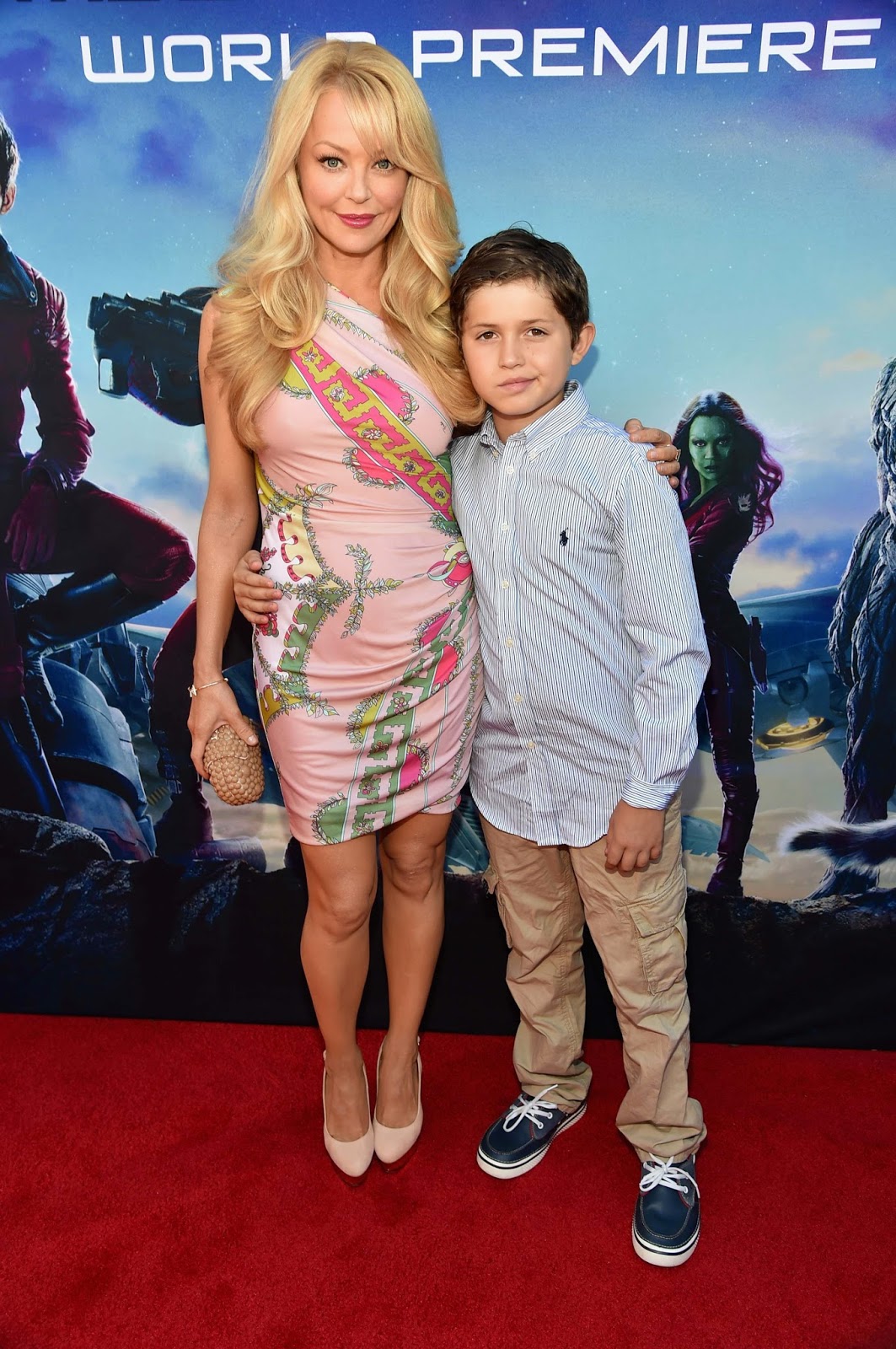 Like I have no idea who these people are. But it looks like this kid's mom took him to the Guardians of the Galaxy movie premiere, so she probably gets the Mother of the Week Award! 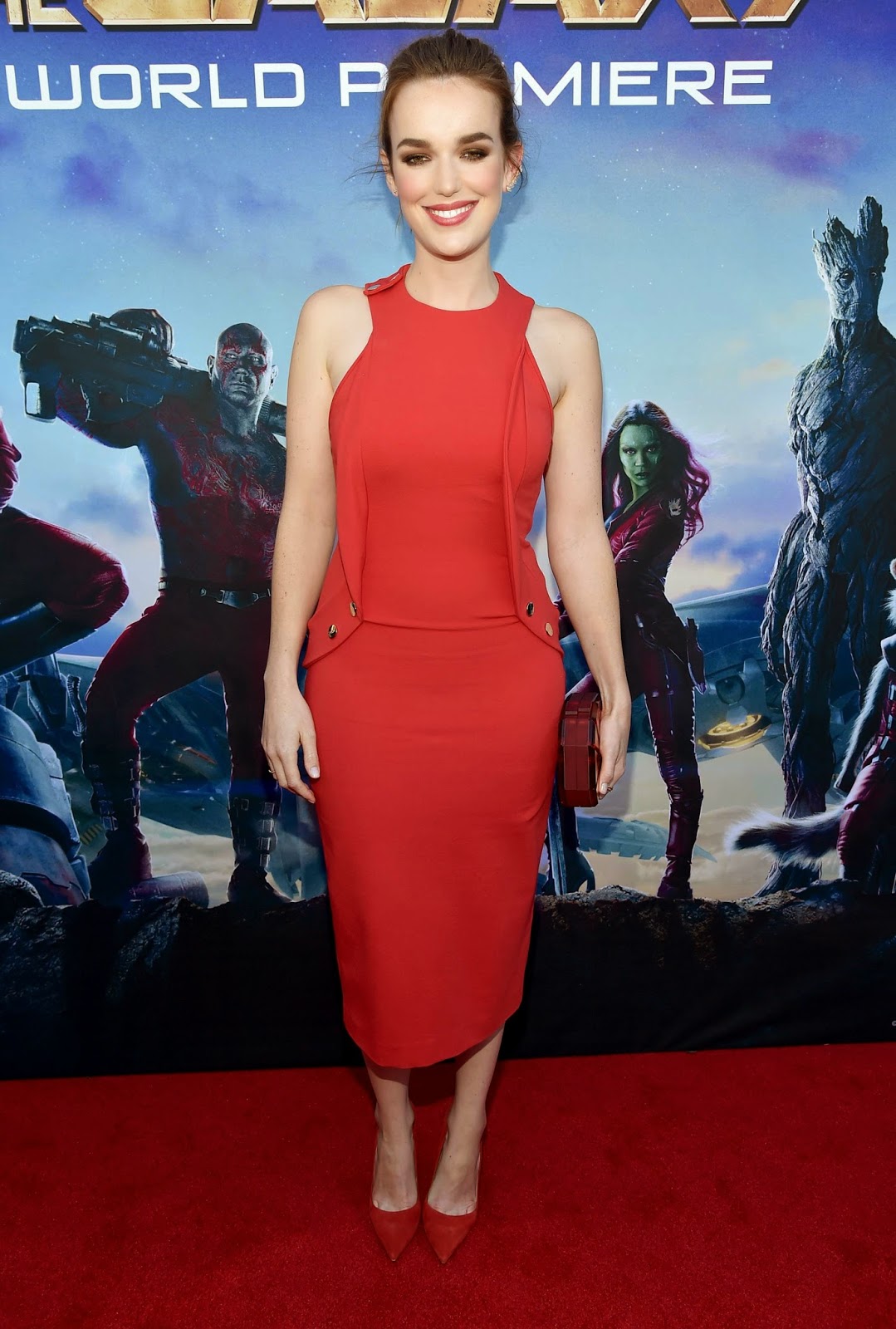 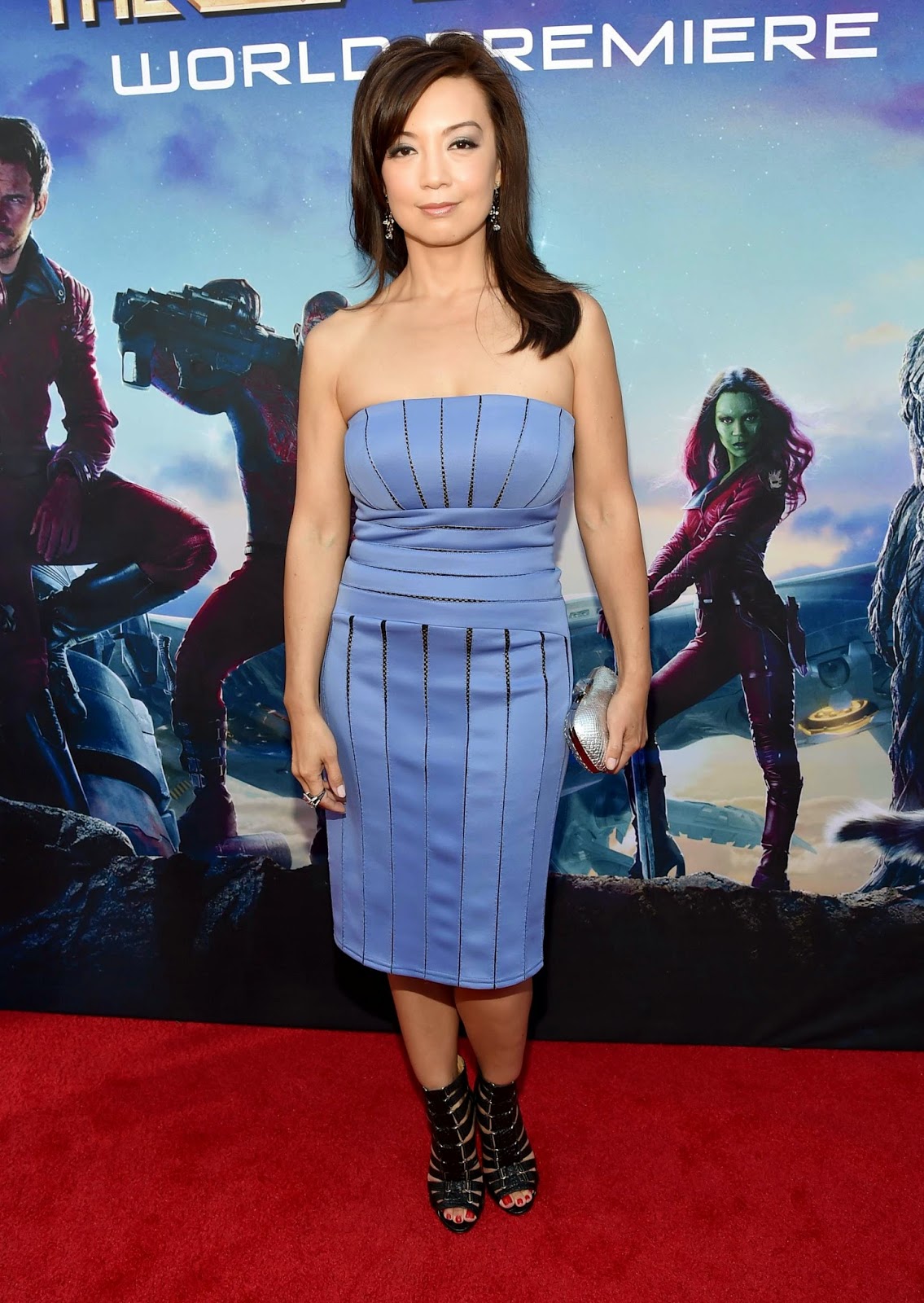 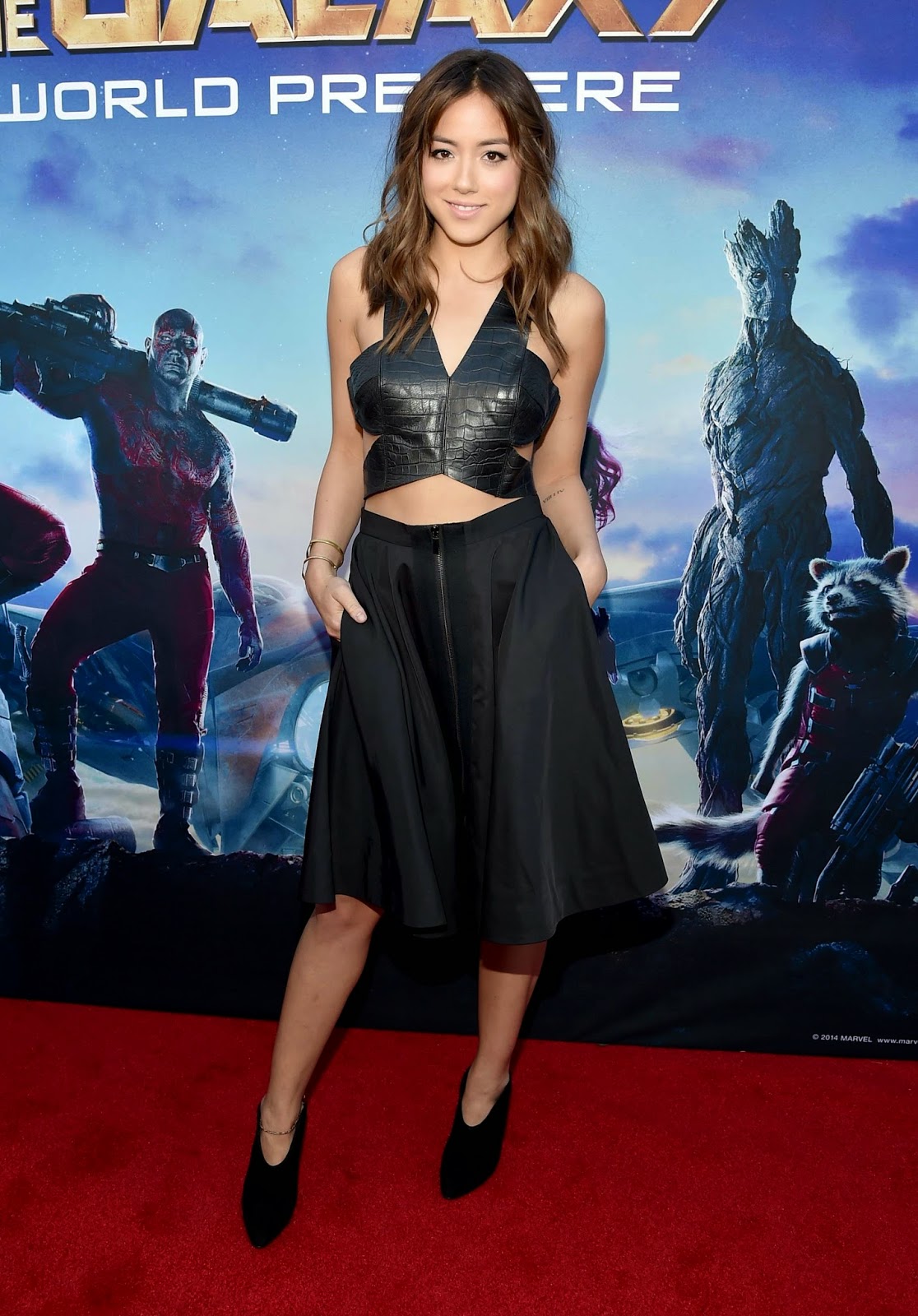 Elizabeth Henstridge, Ming-Na Wen, and Chloe Bennet, three of the stars of Marvel's Agents of S.H.I.E.L.D. 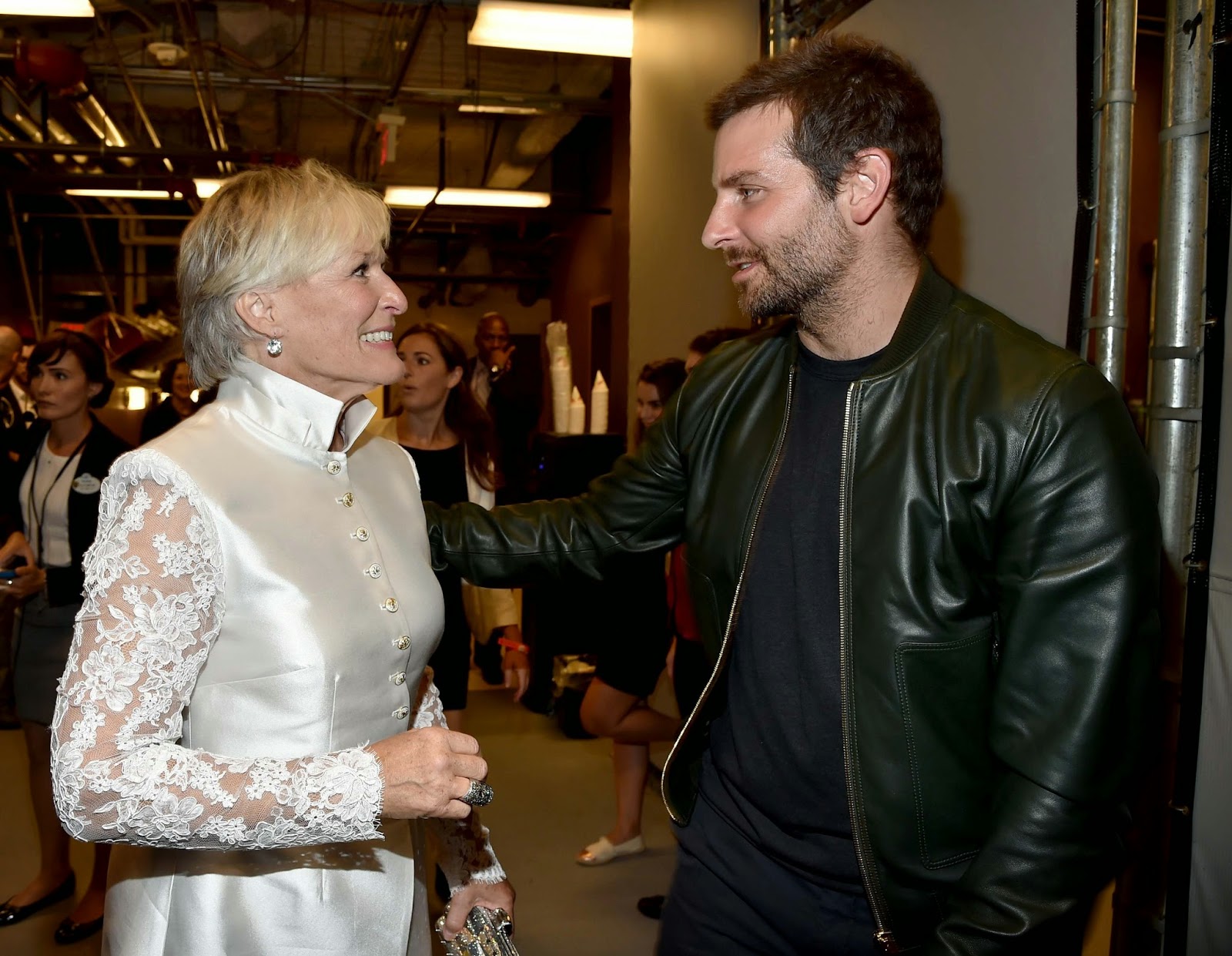 Glenn Close looks like she is very apprehensive about meeting Bradley Cooper. Does she not realize that he is a Movie Star, like she is? But then, she has Oscar nominations, and he does not. Mr. Cooper, you are not allowed to put your hand on Ms. Close's shoulder until you have at least two Oscar nominations! 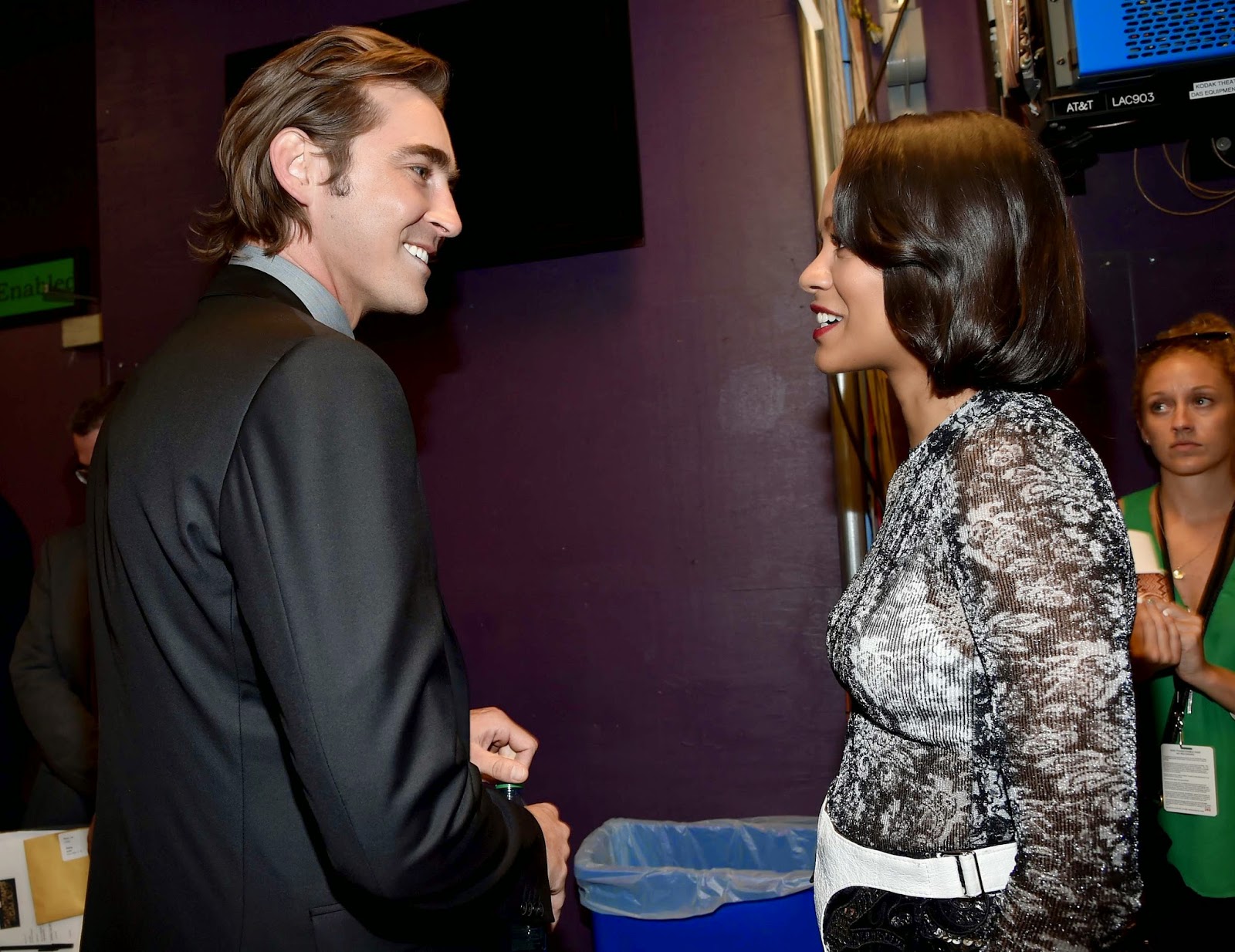 Lee Pace and Zoe Saldana look far happier to be in each other's company. As we saw from the earlier picture, Mr. Pace is wearing a tie so Ms. Saldana knows that he is an actor at a movie premiere and not a random ruffian accosting her before the premiere.
Posted by Dave Carter at 7:27 AM

Email ThisBlogThis!Share to TwitterShare to FacebookShare to Pinterest
Labels: movies