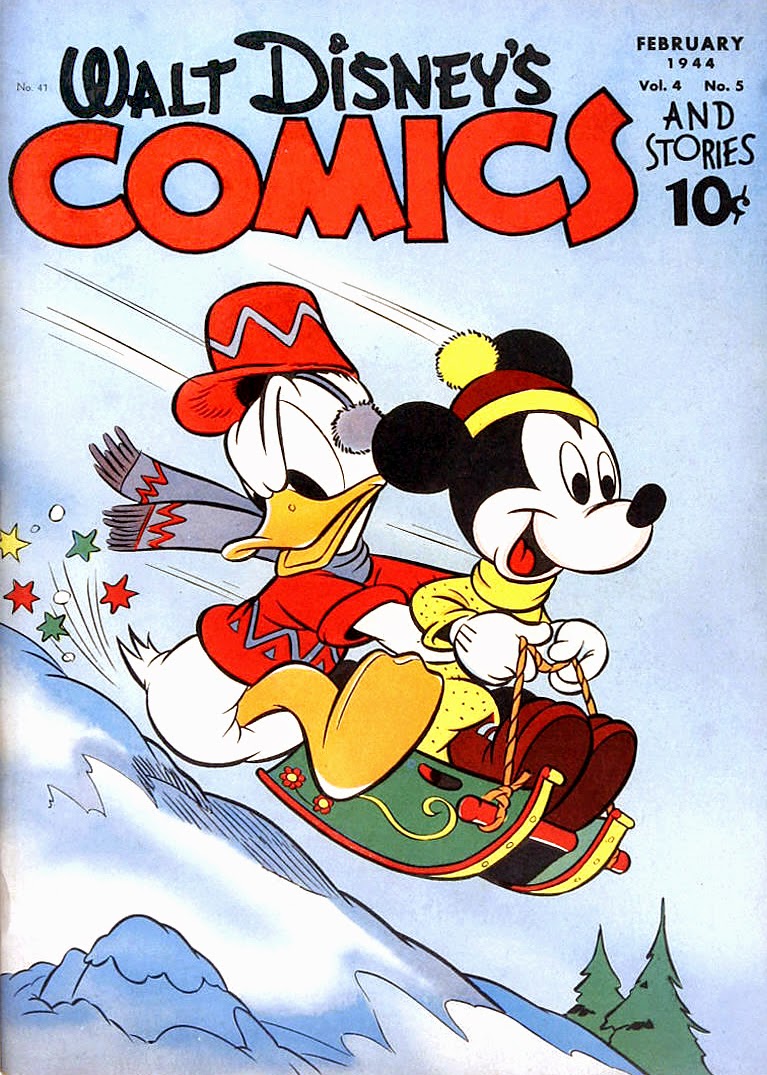 Donald and Mickey have fun sledding down the hill (well, at least one of them does...) on the cover of Walt Disney's Comics and Stories #41 (1944) by Walt Kelly.

Christmas may be over, but we're filling out December with winter-themed comics covers!