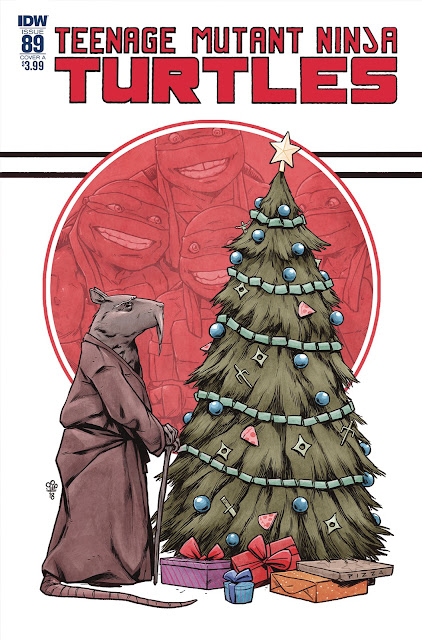 Splinter wonders if perhaps letting the Turtles decorate the tree was the wisest of ideas on the cover of Teenage Mutant Ninja Turtles #89 (2018) by Michael Dialynas.

For each day of December until Christmas I'm featuring a Holiday-related comic book cover.

(Also see: The 2018 Comics Should Be Good Advent Calendar)
Posted by Dave Carter at 7:36 PM