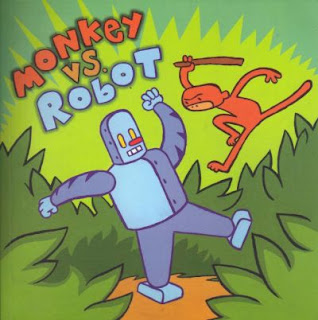 Is there anything more awesome than a monkey fighting a robot?

Obviously James Kochalka's answer would be 'No,' as evidenced by his cover to Monkey vs. Robot (2000).

Image courtesy of the GCD. Click on the image for a larger version.
Posted by Dave Carter at 2:42 PM