Visions of The B-Team

You may recall that back during our 24 Hour Comics Day event at the library, I did an awesome little comic called The B-Team Returns.

In the wee hours of the morning, the talented Adam Buttrick took time out from drawing his own comic to draw a few scenes from mine! Here then are a few images from my comic drawn by Adam: 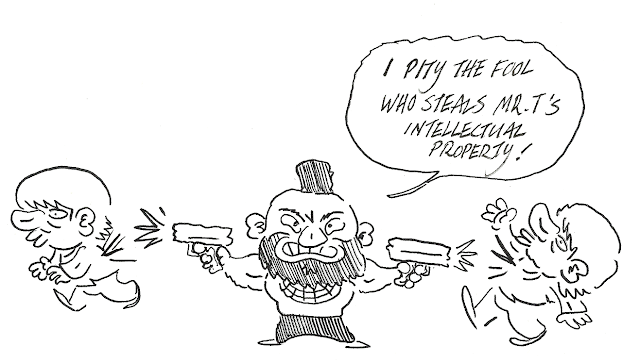 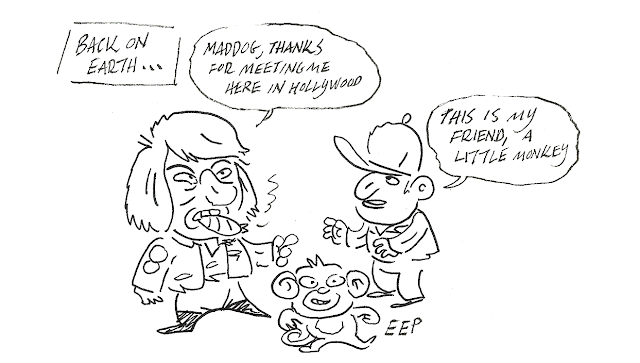 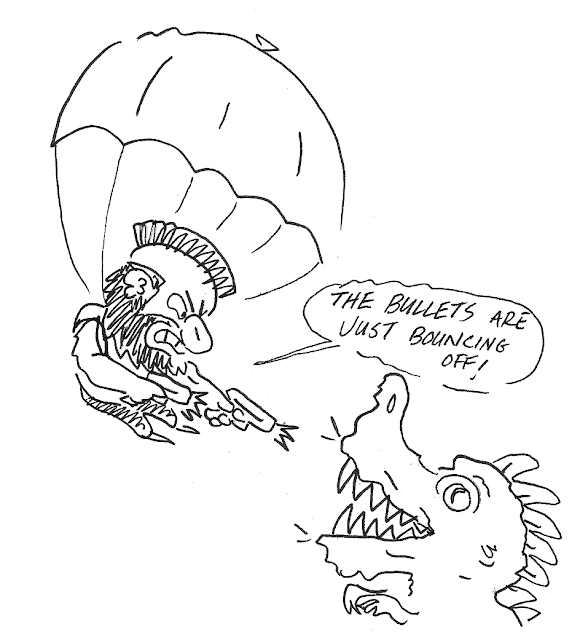 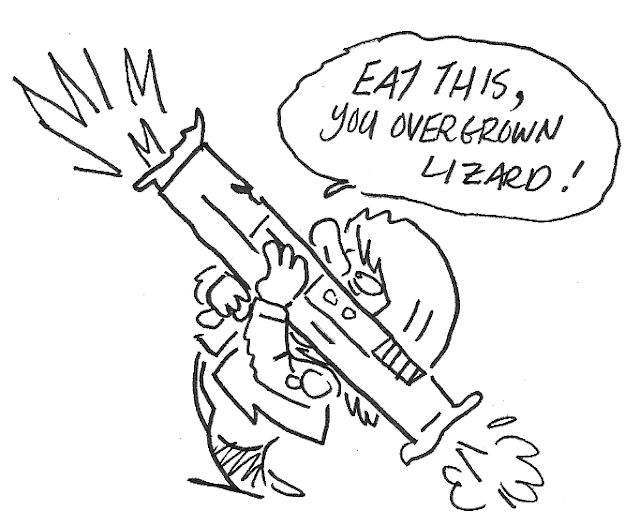 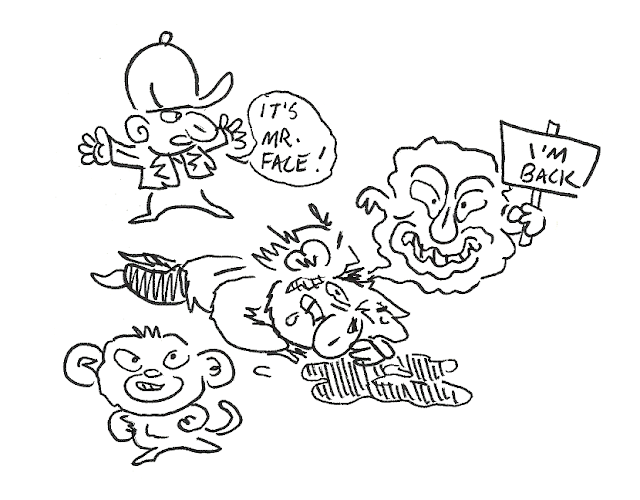 (Some of the scenes seems a bit more violent when not drawn as stick figures...)

Finally, here's a group shot of some of the characters the comic that Adam drew: 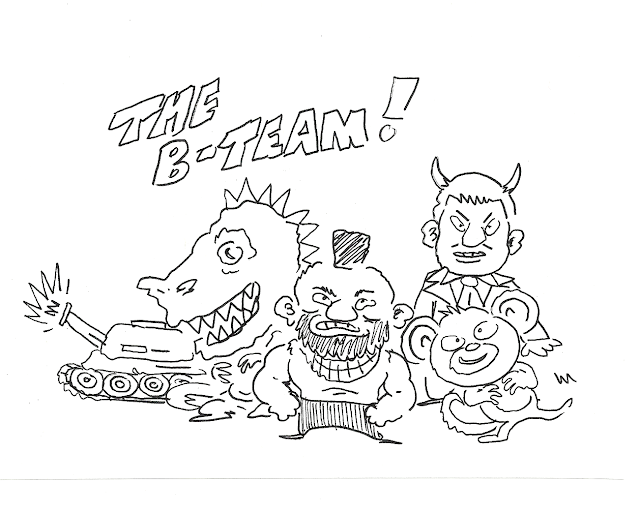 Go visit Adam's blog, where you can see more of his drawings, including his own 24 Hour Comics Day comic: Tim Tadabrucki and the Stealing Trick.
Posted by Dave Carter at 8:00 AM