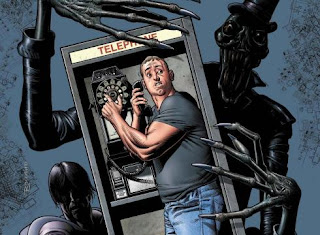 USA Today reports that a new wave of DCnU titles will be debuting in May:

G.I. Combat, a war book with two rotating features each issue. Some of the features include "The War That Time Forgot" by J.T. Krul & Ariel Olivetti; "The Unknown Soldier" by Justin Gray, Jimmy Palmiotti & Dan Panosian; and "The Haunted Tank" by John Arcudi & Scott Kolins.

And because apparently the publishing slate of the DCnU is now a zero-sum game, six titles from the initial wave are being cancelled:
Sad to see O.M.A.C. cancelled, as that was a fun series. A shame to see the two comics starring African-American men cancelled. Also a shame to see only one female creator among the new wave of titles (though I haven't yet seen an announcement of who the artist on Dial H will be; Brian Bolland is touted as the cover artist, but I can't imagine he's doing interiors...)

Of the new titles, I'm enthusiastic about the first four, and will probably pick up G.I. Combat to see if the back-ups are good enough to make me overlook the J.T. Krul-written lead story. I have no interest in Ravagers.
Posted by Dave Carter at 8:34 AM