Last year I published a look at title longevity and sales of DC's New 52. So with another year under their belt, how do things look? 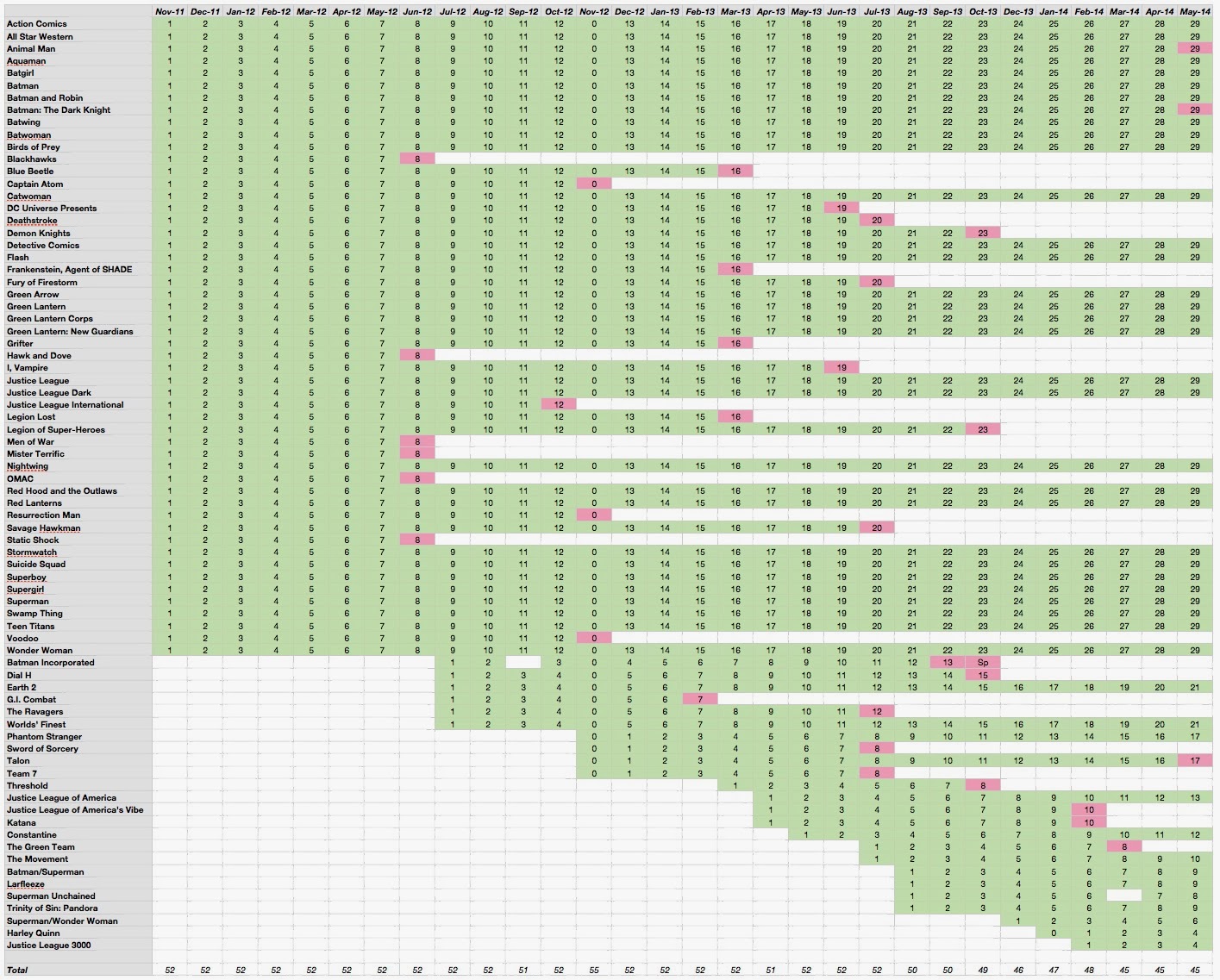 Number is the issue number published during that month (cover dates are given, not on-sale dates). They are grouped by 'wave.' Only regular, intended to be ongoing series are tracked (no mini-series, one-shots or annuals). November 2013, aka 'Villains Month,' is not on this chart since essentially every comic published that month was a one-shot special.

The main thing that becomes clear is that starting in the second half of 2013, DC pretty much gave up on trying to publish fifty-two regular series every month, despite keeping the New 52 moniker. Yes, there were mini-series and whatnot, especially Forever Evil and its tie-ins, but there were also mini-series back in the first year of the New 52 and those didn't count as part of the total 52.

While number of titles may be interesting, what you're really here for are sales: 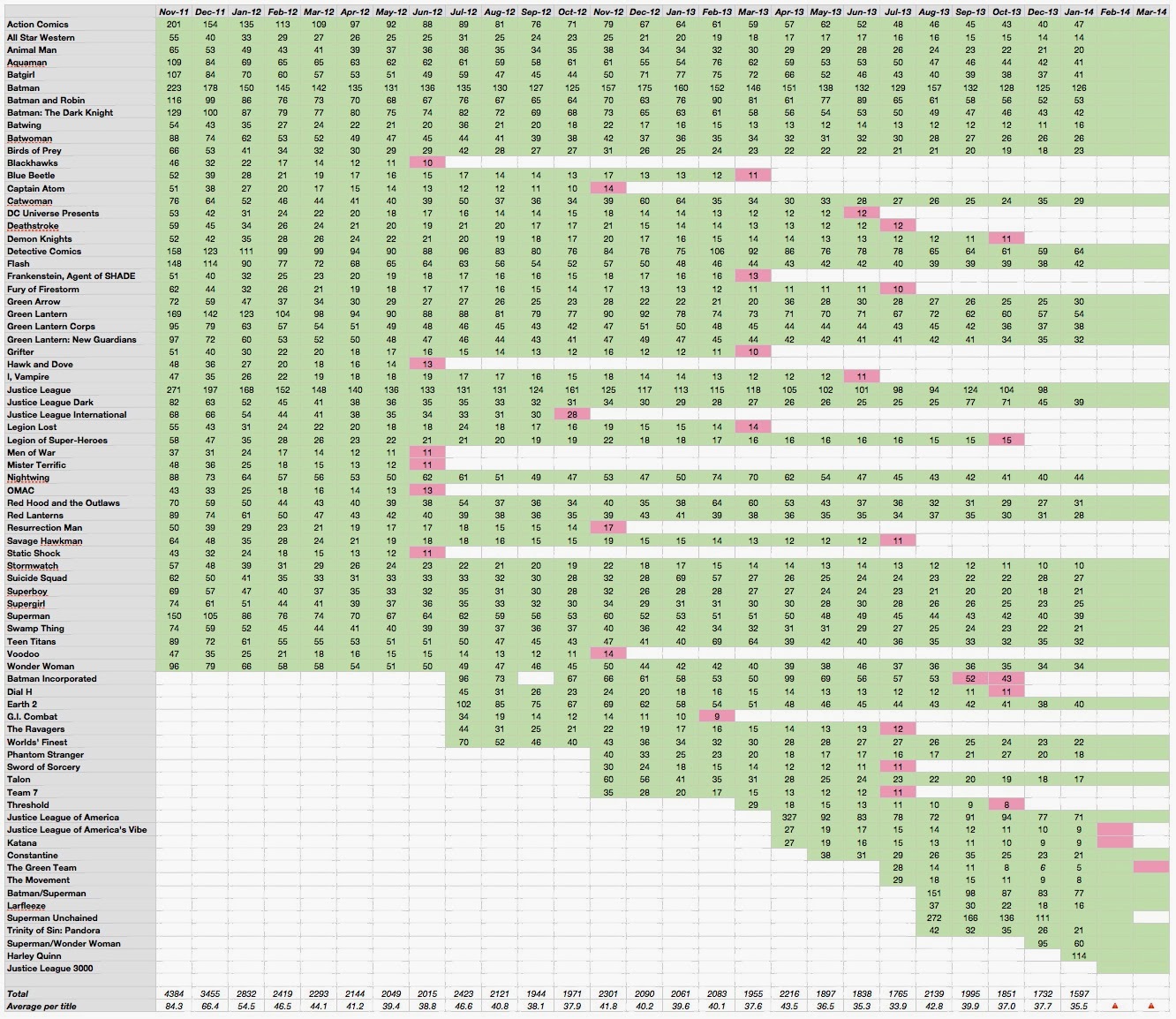 Sales figures are rounded to the nearest thousand and include re-order activity and additional printings and are adjusted for returnability as per the calculations over at The Beat. (Except for Jan 2014, which are taken directly from ICv2.)

It is here that the real tragedy of the second year of The New 52 comes into focus. Outside of titles featuring Batman or Justice League (or to a lesser extent Superman, thought mostly credit Jim Lee for Superman Unchained…) DC just cannot get any traction on their titles, especially new titles. There are way too many titles in the 20-45K range. There just doesn't seem to be enough interest in non-marquee titles to justify publishing so many of them. DC seems poised to shake things up a bit with a couple of weekly series on the horizon (which is really going to muck up the simplicity of these charts…), but will that appeal to a customer base that already seems to be sated? Even if one of those is a Batman title, do readers feel that they already have enough Batman each month?

So the question remains, was the New 52 reboot worth it? Surely in the short run they got a big boost in sales; but now two years later I can't imagine that things are much better than they would have been. They have been unable to successfully launch any new concepts out of the reboot. Average sales for the DC Universe are about 1000 units higher than they were before the reboot, so it did buy the line a couple of years of respite from declines; but those days are over now.