Here's a chart showing how many comics I acquired each week, and how many I read each day of 2013:

My comics week starts on Thursday, as that's when the weekly DCBS shipment usually arrives. Each individual item counts as a comic, whether it be a 22 page floppy or a 600+ page graphic novel opus. The 'Roll' column represents the total delta from when I started keeping track (Feb 2009).

Once again this year I counted digital comics in the count in addition to physical comics. While I purchased fewer comics this year than last year (1683 vs. 1868) I read even fewer, leaving me with a sizable 75 comic deficit. I partially blame the massive comic book weeding and organizing project that I began in the second half of the year; it turns out that organizing comics takes away time from reading comics! 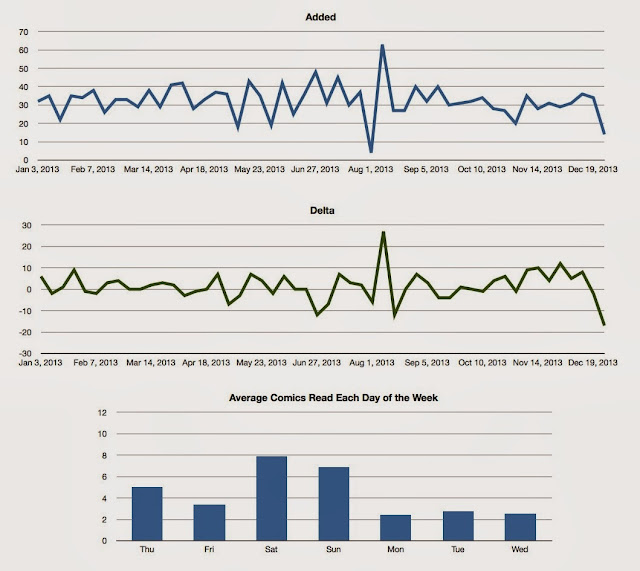 Email ThisBlogThis!Share to TwitterShare to FacebookShare to Pinterest
Labels: stats