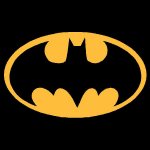 Let's face it: The Batman line from DC is in big trouble. There are currently 10 separate ongoing titles, not to mention mini series, one-shots, etc., and none of them are selling what they should be. The current mega-crossover, "War Games," is a creative disaster, and the only title with any real critical buzz is Gotham Central, the lowest selling title of the bunch. For a flagship character, Batman deserves better.

So, for your consideration, here is how I'd redesign the Batman line for maximum sales and creative worth:

The line should be cut down to four titles. There are four weeks in a month, thus one title each week. Those titles should be: Batman, Detective Comics, Batman and Robin, and Batman Family. Here's how I would break down each title:

Batman: This is the flagship title, the place for big-time writers and big-time artists to come in and tell big-time stories. Stories of four to six issues, unburdoned by a strict adherance to continuity, which can then be collected into trades and repurposed in the broader market. Everybody's got at least one Batman story in them to tell, and every super-hero artist wants to draw Batman at some point. This is the book that all creators should be crawling over each other to do.

Detective Comics: Is the other flagship title, but should take a different track from Batman. The empasis in Detective should be on detecting: mysteries, crime thrillers, etc. Instead of hiring regular comics scribes to write the series, go after the top names in thriller and mystery novels: Dennis Lehane, Margaret Collin, Sue Grafton, Carl Hiaasen, Anne Perry, Patricia Cornwell, Robert Parker, James Patterson, etc. Not only would there be great PR opportunities, and not only would DC be tapping into the existing fan bases of these authors, but we're also likely to get some damn fine stories. Yeah, most of these authors would be 'slumming' in the poor-paying world of comics authorship, but I bet a lot of them would be willing to give it a go for a chance to write a Batman comic. For art, this title should feature artists who, while not surface flashy and 'fan-favorite,' are excellent storytellers, like Michael Lark, Steve Lieber, Javier Pulido, Steve Dillon, and David Lloyd.

Batman and Robin: This would be the 'in-continuity' Bat-title, featuring Batman and Robin in continuing stories, facing off against costumed villains and occasionally interacting with the rest of the DCU. It should have a regular writer and artist team that are capable of turning in exciting and on-time work. This would be the title for those readers who want their Batman to be a super-hero.

Batman Family: Finally, we ressurect the old anthology Bat-title. It should be at least 80-pages, if not 100-pages or more, and come out every month--for no more than $5. Four or five stories per issue, a combination of one-offs and continuing serials. This would incorporate all the other current titles focussing on secondary characters, such as Birds of Prey, Gotham Central, Robin, Batgirl, etc. Yeah yeah, anthology titles don't work, but with the right mix of characters and the right price point, this can work. Plus, the features can be stripped away and assembled into manga-style paperbacks and racked alongside their bretheren from across the Pacific.

One thing you'll notice from this rearrangement is that there's no room for mega-crossovers. This is good. Such events may lead to short-term sales bumps on the lower-performing titles, but in the long run they do more harm than good. With the line-up as I've outlined it above, each title is an event unto itself.

So anyway, those are my thoughts. While I sincerely doubt that DC will be interested in going this route, they're welcome to take it and work with it if they so desire.
Posted by Dave Carter at 6:25 PM

I've been terribly dissaponted by the War Games crossover, it's certainly not getting any more of my money.

I agree with you wholeheartedly -- but what do you tell those folks who love reading Batgirl, Robin, Catwoman, and Nightwing? Does Birds of Prey get cancelled too?

Those individual comics become features in Batman Family. If you normally buy 2 or more of those titles, then you win, as you'll get more out of buying the anthology than you would for the individual issues at the same price. Or you could always wait for the trade.

I've been enjoying War Games, I may be one of the few who are, but I would love to see your take on the books.

Shane: I'm glad that you're enjoying "War Games," but as you've obviously seen, I haven't been.

I haven't read every part of "War Games"--I don't regularly read Detective or Legends or Gotham Knights or Batgirl, and nothing about the promotion for this 'event' made me want to even consider buying the whole things. So being the fanboy completist I am, I only bought those comics I regularly buy. I've reviewed some of the chapters I've read here and here and here (and kind of here).

To summarize my main objections:

1. It's pointless. There is no compelling story reason for this to be a mega-crossover. It seems to have been dictated from on high: have a big Batman crossover, so they came up with an excuse.

2. It's poorly constructed. Some of the comics (Nightwing #97: I'm looking at you!) are nothing but a series of events strung together without any narrative thrust. Other books require that you've read previous parts of the crossover to know what's going on.

3. For the plot to work (or what I can figure of it), you have to accept that Batman is stupid and an asshole.

4. At least one book, Robin #130, was offensive. Half of that issue featured the Black Mask viciously beating Spoiler, then proceeding to torture her with an electric drill. In a CCA approved comic no less! Remember how a few months ago DC was happily promoting Spoiler as the first female Robin? Ha ha, the joke is on us.

Those are some of my objections. I may have others, but I'm giving this story way more thought than I think it deserves.

(Of course, I've also noticed that since I began this blog I've been getting awfully pissy in some of my reviews. I think I'll have more to say on that somepoint soon...)

I love all of the ideas (especially for Detective Comics to actually feature (gasp) detective work, but why not just fold the Batman & Robin features into Batman FamilyThree books, no crossovers, better stories.

A couple of reasons:

1) I feel there's a need for a good old fashioned Batman serial, in a regularly priced comic all its own. I'm thinking it would be something along the lines of the old Steve Englehart Batman.

2) With four titles, that's a presence for the franchise each week of the month.

Really, it just comes down to a preference for how I'd do things. Your milage may vary...

1. How do you know? It hasn't ended. It's supposed to change the way Batman deals with the crimes and thins out a lot of the background characters and gangs in Gotham? How is that not a good thing?

2. Ok I'll give you that. The pacing is very weird to say the least.

3. It was sort of weird that he just said "D'oh, I forgot.", but yeah I would say Batman has always been an asshole so it works for me. Hopefully he's just playing everyone.

4. I didn't find this offensive at all. It's not any different than if they tortured Tim or any of the other characters. I wouldn't have called Batman a children's book since the 60's.

I'll agree that the whole thing isn't working as well as it could, but I do think it has a purpose. As of now we still don't know if it will succeed in that purpose or not. Given huge crossovers and their track record I think you're right to be skeptical, but I'm hoping they pull it off.

p.s. They better be a reason for Batman's stupidity with that "Hey, wasn't that my plan I wrote once? Nah, couldn't be." thing.

So I guess I agree with you on some of your points, I'm just optimistic about the whole thing. Plus I like the supporting cast more than Batman himself so that could be a factor.

Wow - you're blog is full of good info. It's getting hard to find blogs with useful content and people talking about Batman these days. I have just started my Latest Batman News blog and would really appreciate you coming by - thanks again