Gone is Previews-O-Rama, and in its place is Dave's Dozen. I'll be going through Previews each month, highlighting twelve items worthy of attention in three categories: Mainstream Comics, Indy Comics, and Collections/GNs.

So first up for the February Previews (comics supposedly available in April) are the following dozen mainstream comics picks:

Spider-Man Loves Mary Jane #5
(Marvel, $2.99, p. M12)
For some reason I thought this was a four-issue mini? I'm pleasantly surprised then to find that it's going beyond that, as McKeever & Miyazawa have found the perfect series for their style and sensibility.

Star Wars: Tag & Bink Episode I--Revenge of the Clone Menace
(Dark Horse, $2.99, p. 24)
Kevin Rubio brings his loving but irreverant look at the Star Wars universe to the prequels, telling the story of hapless Tag and Bink as kids in this one-shot. Should be fun.

BPRD: The Universal Machine #1 (of 5)
(Dark Horse, $2.99, p. 36)
Is it wrong that I like the BPRD comics by Mignola, Arcudi & Davis more than I like Hellboy proper? This series promises to reveal secrets of the organization's past.

Infinite Crisis #7 (of 7)
(DC, $3.99, p. 78)
Unsurpringly there's zero-content in the solicitation copy. So we'll just assume that this final issue will make fanboys squeel with glee and/or piss them off to no end, whilest detatched bloggers look on with scorn.

Checkmate #1
(DC, $2.99, p. 82)
Greg Rucka reunites with Omac artist Jesus Saiz to give us metahuman espionage in the DCU. Should be right up his alley.

Jonah Hex #6
(DC, $2.99, p. 90)
Nuns with Guns! I've never been much of a western fan, but I'm liking how Palmiotti, Gray & Ross manage to deliver stories that are done-in-one each month yet still manage to have a feeling of scope.

Bite Club: Vampire Crime Unit #1 (of 5)
(DC/Vertigo, $2.99, p. 118)
I'll buy just about anything with art by David Hahn (though I'm still hoping he goes back to his own Private Beach someday), and I liked the story from the first mini enough to go for this follow-up.

Rocketo: Journey to the Hidden Sea #7
(Image, $2.99, p. 136)
Speakeasy's biggest critical hit escapes to a more hospitable publisher. Based on the preview art I'm assuming that this will still be done in landscape format. 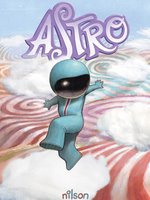 Astro
(Image, $6.99, p. 138)
This one-shot by the uni-monikered Nilson about a crash-landed astronaut looks lovely and cute.

Angel Spotlight: Illyria
(IDW, #3.99, p. 290)
As she's essentially a blank slate, it ought to be interesting to see what Peter David makes of Illyria's post-Angel wanderings on Earth.

It's nice to see another comic fan promoting Spiderman loves Mary Jane. As you know, I think it's the cats pajamas.
And on the other end of the spectrum, interested in the new Bite Club too, this is the first I've heard of it.
Will you come comment on my site someday?

Have you ever read.. asterix comics?
They are really cool..

I have recently aquired Futurama comics and they are interesting to read.. with cool adventures of bender

redlib: I'm sure I've commented over at Redhead Fangirl before... The first Bite Club mini is available in an affordable trade collection.

Stephen: I'll try not to get too hung up on the number, but I liked the alliteration of the double-D.

Squire: Yes, I've read Asterix, but his adventures tend to be published in albums, not in individual mainstream comics.