I was considering calling this post "The 10 Best Christmas Albums Evah!" But since this list reflects my personal tastes--which quite frankly can change from day to day--I decided instead to call it a favorites list instead. 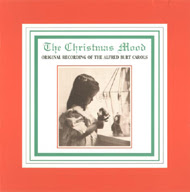 The Christmas Mood: Original Recordings of the Alfred Burt Carols - The Columbia Choir and Ralph Carmichael Brass Ensemble (1954)
Growing up in our house there were all the regular Christmas carols. But every so often Mom or Dad would pop in a tape of this recording of the 'other' carols, choral arrangements of Al Burt's songs. "Caroling, Caroling," "The Star Carol," "This is Christmas" and others that so perfectly capture the holiday season. Out of print and rare for many years, it was finally remastered in 1995 and released on CD. (You can order it from the Alfred Burt Carols Website). 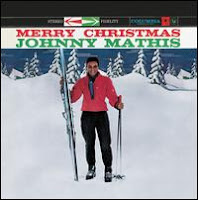 Merry Christmas - Johnny Mathis (1958)
This was the album that my parents put on every December when we put out the Christmas decorations and trimmed the tree, and as such it's the music that means Christmas to me. The combination of Percy Faith's arrangements and Mathis's smooth tenor can't go wrong. (iTunes link) 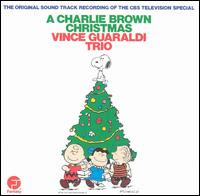 A Charlie Brown Christmas - Vince Guaraldi Trio (1965)
Without Vince Guaraldi's wonderful jazz score, A Charlie Brown Christmas probably would not be the enduring holiday classic that it is today. This album succeeds not only as a soundtrack album, but as a Christmas album as well. The original song "Christmastime Is Here" has over the past few years become a holiday standard, but there's plenty of great jazz improvisations on classic carols as well. (iTunes link) 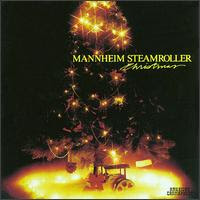 Christmas - Mannheim Steamroller (1984)
Sure, over the past decade or so Chip Davis has turned his Christmas-themed albums into a veritable industry, along with a rapid decline in quality into treacliness that has marred all his recent works. But this first Christmas album shares the same winning combination of classical & new age electronica that was evident in the first three Fresh Aire albums. (iTunes link) 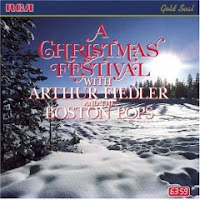 A Christmas Festival - Arthur Fiedler and The Boston Pops (1987)
A collection of orchestral carols from the group's classic Arthur Fiedler days, it's a one-stop shop for all your classical pop Christmas needs. Their version of "Sleigh Ride" is still the gold standard. (iTunes link) 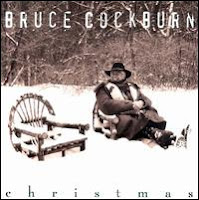 Christmas - Bruce Cockburn (1993)
Perhaps an unlikely candidate for a Christmas album, progressive Canadian folk singer-songwriter nonetheless sucessfully brings his style to this set of religious carols, pulling from the familiar and also from more rare songs like "Riu Riu Riu" and "Jesus Ahatonnia". His uptempo take on "Les Anges Dans Nos Campagnes" is fantastic, as is the call-and-response version of "Mary Had a Baby". (iTunes link) 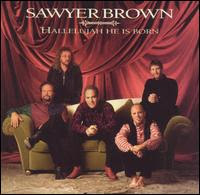 Hallelujah, He Is Born - Sawyer Brown (1997)
Normally a mediocre-at-best mid-level pop county act, Star Search winners Sawyer Brown somehow managed to find exactly the right combination on their album of religious-themed carols and songs. The original title track, with full backing of a gospel choir, is a winner, as are their original "Glory to the King" that opens the album and their take on "Little Town of Bethlehem" that closes the disc. (iTunes link) 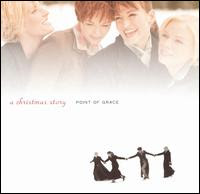 A Christmas Story - Point of Grace (1999)
This first seasonal album by the CCM quartet opens with a bang, a 10+ minutes medley of "Joy to the World", "When Love Came Down" and "Angels We Have Heard on High", complete with backing choir and orchestra. The rest of the album fares well too, with both secular and religious carols in the mix as well as a few new compositions. (iTunes link) 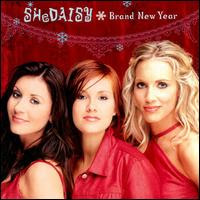 Brand New Year - SHeDAISY (2000)
With just one previous album under their belt, the sisterly trio SHeDAISY bucked tradition by making their second album a holiday album, and knocked it right out of the park. Innovative melodies and harmonies enliven traditional classics. (iTunes link) 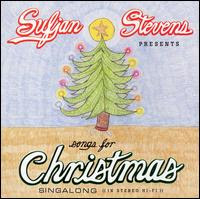 Songs for Christmas - Sufjan Stevens (2006)
This collection of five Christmas EPs from Stevens is not only full of great takes on classics and wonderful new compositions, the packaging is also a work of art: a box set including extensive liner notes, stickers, and a comic mini-poster! (iTunes link)


Those are my choices for holiday listening--what are yours?

Both the Vince Guaraldi and Bruce Cockburn are on my top ten list of Christmas albums. I usually listen one or the other to get me in the Christmas mood. Here are a few of my other favorites:

Monk's "How Like a Winter" a very nice atmospheric EP. I wish it was full length.

"Our Christmas" is a great collection of various contemporary Christian artists, Roberta Flack's verison of "What Child Is?" is worth the price of the CD.

"A Chipmuck Christmas" Volumes I and II. What can I say, either you love the boys or hate 'em.

Finally, "Blue Yule" a incredible collection of older blues recording. Most of the songs revolve around either getting dumped on Christmas or having Santa still their girlfrield on Christmas.