Concluding my look through the September Previews (for items supposedly shipping in November or December), here are a dozen collections and graphic novels that I feel are worth your attention:

Huntress: Dark Knight Daughter TP
(DC, $19.99, p. 69)
I'm actually a bit surprised that DC would go to the trouble to clear the reprint rights for a bunch of non-continuity stories about a b-list character that will have limited sales appeal. But since the author is company VP Paul Levitz, I can see how that might have greased the wheels. Still, I won't complain, and neither will Earth-2 fans, who will have a chance to get all of these disparate stories in one handy package.

New Teen Titans: Terra Incognito TP
(DC, $19.99, p. 91)
DC already collected the second part of this story several years ago as The Judas Contract; now read how it all began. This storyline is probably the height of the Wolfman/Perez Titans as wel as being one of the best straight-forward corporate super-hero stories of the 80s.

New X-Men Omnibus HC
(Marvel, $99.99, p. M90)
Yes $100 is a steep price, but with over 40 comics worth of content it's cheaper than buying all the individual issues, and there aren't any ads either. You get one of the best runs on the X-Men in years all between two sturdy covers.

Avengers and Power Pack Assemble! Digest
(Marvel, $6.99, p. M95)
If you have something against fun all-ages super-hero comics then don't order this! The rest of you though can enjoy the stories at a reduced size and price!

Girl Genius: Omnibus Edition #1
(Airship, $14.95, p. 228)
The first three volumes of Phil & Kaja Foglio's fun Gaslamp Fantasy series that features "lots of running around in Victorian underwear, occasional innuendo, a certain amount of violence and the occasional 'damn!'", all in glorious black & white at an affordable price. If you haven't yet tried it, now's your chance! 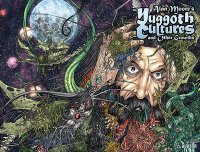 Alan Moore's Yuggoth Cultures TP
(Avatar, $29.99, p. 246)
A collection of Moore miscellany: a few stories by Moore, including a From Hell coda; adaptations of stories by Moore; stories inspired by Moore's other stories; interviews; and illustrated essays. Love that cover!

Mammoth Book of Best New Manga
(Carroll & Graf, $13.95, p. 260)
When they say Mammoth, they mean it: over 500 pages of stories from creatorsboth new and established. Even if only half of the stories turn out to be any good, it's still a good deal.

Curses HC
(Drawn & Quarterly, $21.95, p. 281)
I've expressed my admiration of Kevin Huizenga many times before on this blog, so it should come as no surprise that this collection is a top pick of the month; even though it's all material that has previously appear in disparate sources, having it all in one hardcover collection will be swell. 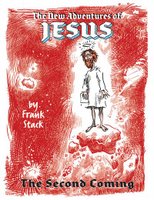 Blank Volume 1
(TokyoPop, $9.99, p. 329)
Pop Mhan was one of the artists who came on the scene with a manga-esque stle just before the big manga explosion in the US, so it's gratifying to see him get an OEL series to strut his stuff. It's a high school comedy/action/romance type thing.


Sorry this was so late--hopefully you still have time to let your FLCS know that you want one or more of these fine books. I'll be back next month! (Earlier this month I had my picks for mainstream and indy comics.)