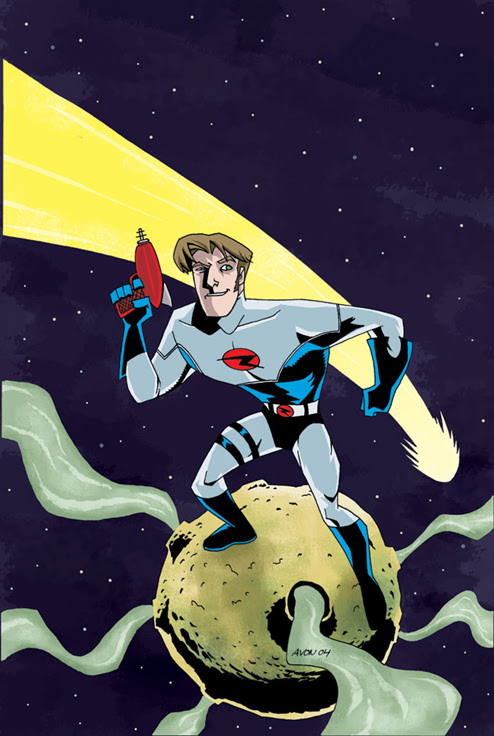 It's still day twenty-seven of the YACB Free Comic Book Month, and I want to give away more comics!

"I can't list 5 comic books I like because I haven't read that many. I've been wanting to get into comics for a while, and this might be just the thing to help me. I did check out a volume of early Spiderman comics from the library and I read through those. They were fun, but I might like something a bit more heavy. Here are some books I like if you want to get an idea of my tastes: Hitchhiker's Guide, almost anything by Robert Heinlein, Lord of the Rings, Isaac Asimov's novels, etc. I like the show Smallville, but I've never read any of the comics. I like Kevin Smith movies, but again, I haven't read any of his comic books. My tastes are pretty varied, so don't be afraid to surprise me."

Danny's comics should be in the mail soon. Enjoy!

Thanks, Dave! I'm looking forward to these.