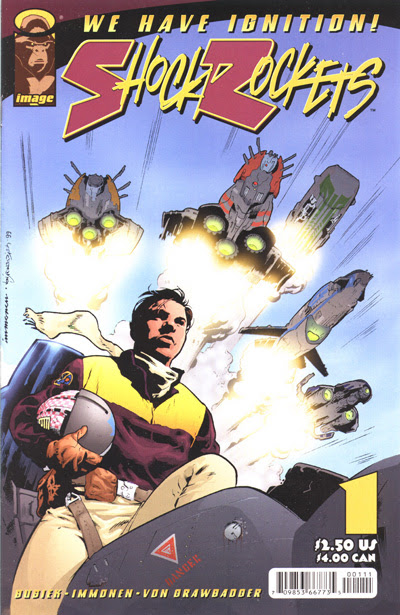 It's day five of the YACB Free Comic Book Month!


Today's entry comes from Mark Fossen. The five comics that mark listed are:

Mark also included a list for his 5-year-old daughter Cora, for whom he has recently introduced a few Super-Hero cartoons into her tv rotation. Cora likes Super Friends, Krypto, Teen Titans, and Justice League Unlimited, and likes to read the JLU comic and also Superman Adventures, particularly issue #21, which featured Supergirl ("she's read this so much, it's now missing the cover and is a ragged mess. The way comics should be.")

And like all the selected entries, Mark will be receiving a copy of the 32-page Free Comic Book Day Preview Edition of Bone Sharps, Cowboys, and Thunder Lizards by Jim Ottaviani & Big Time Attic (Zander Cannon, Kevin Cannon and Shad Petosky).

Mark's comics should be in the mail early next week. Enjoy!

There's still time to send in your entry for the YACB Free Comic Book Month; details are here.