Super Cover Week continues with the Battle of the Century: Clark Kent vs. Superman. Don't you just hate it when you have to fight your alter ego? 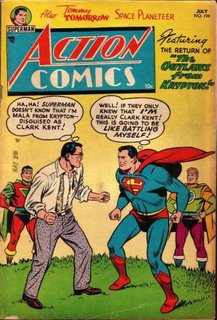 If my name were 'Mala' I think I'd want to become Clark Kent too! 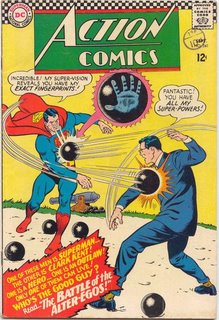 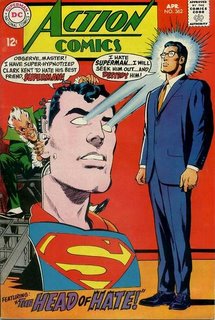 If you're going to use your Head of Hate to hypnotize someone to destroy Superman, might I suggest someone other than a mild mannered reporter? (Perhaps Geeen Lantern--he can create a planetoid of Kryptonite!) 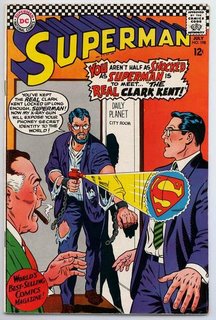 Exactly what good does it do to expose someone's phony secret identity? 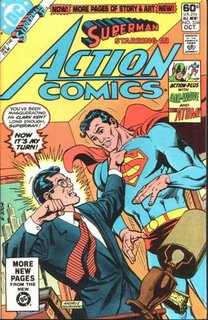 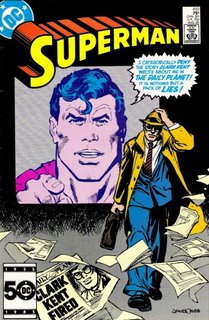 Now this is the way a mild-mannered reporter should take on a super-hero: through yellow journalism!


Thus ends another edition of Super Covers. Later this week I'll have the final installment (like how I stretch a week out into two?)
Posted by Dave Carter at 10:53 AM